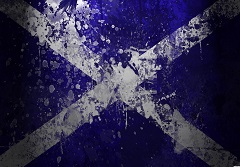 Some of the remotest regions of the UK have been connected via a hybrid network using satellite, microwave radio, ADSL and dark fibre.

The council of the Shetland Islands, which lie off the northeastern tip of Great Britain, asked internet services provider The Networking People (TNP) to design, configure and install the microwave network across its main and remote islands. The six month project was delivered on time, amid some of the worst weather the region has experienced during 20 years. TNP said some users have experienced a tenfold difference in speeds since the new network was set up.

The revamped network provides WAN connections through the Shetland Public Sector Network. TNP said residents and businesses can now use the likes of telephony and video conferencing, internet access and public Wi-Fi, remote desktop support and virtual learning environments more easily and reliably. Shetland council said the improvement programme will save the body as much as £1.6m per year.

Chris Wade, director at TNP, said: “Having worked extensively in the past with public sector bodies in rural locations, including on projects in Stirling and Cumbria, we were able to use our knowledge to deliver significant improvements in an extremely tight timescale. Being fully independent and working in partnership with the Council rather than as a supplier allowed us to recommend they buy some of the equipment they needed direct from manufacturers and integrate new infrastructure smoothly with their existing assets instead of starting from scratch, delivering huge cost savings.”