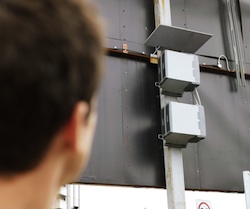 Growth in the small cells market is not happening as fast as expected, a new report has claimed.

Infonetics’ latest Small Cell Equipment survey shows that the small cell market will grow at a 48 percent compound annual growth rate, to  €1.77 billion, from 2012 to 2017.

In the same survey last year, however, the research firm predicted that the market would grow at a 73 percent CAGR.

The 2013 report, which tracks 3G microcells, picocells, and metrocells and 4G LTE mini eNodeBs and metrocells, also forecasts that the market’s main driver will be 4G metrocells thanks to demand for in-building deployments in retail malls, stadiums, transportation stations, hotels and event venues.

The majority of small cell deployments will be in Asia-Pacific, meanwhile.

“The large service providers remain committed to their small cell deployment plans, but the pace of deployment is much slower than expected due to a sad reality: small cell and macrocell rollouts share nothing in common,” explained Stéphane Téral, Principal Analyst for Mobile Infrastructure and Carrier Economics at Infonetics.

“Each technology requires its own internal business processes, which have been in place for decades with macrocells but have to be built from the ground up for small cells taking into consideration things like footfall, building dimensions, backhaul availability, and wireless technology. There is no cookie-cutter template for small cell deployments!”

Operators chief purpose for deploying small cells is to complement and enhance the macrocell layer from a capacity standpoint, the survey found.

“Given that service providers are in the process of retooling their plan of attack, we’re not expecting the small cell ramp to happen in 2013,” commented the report’s co-author Richard Webb.

Nevertheless, there have been a number of small cell deployments announced in the last few weeks alone.

The same month, Telefónica Germany chose Alcatel-Lucent’s femtocells for businesses, while Russian operator Scartel signed up NEC to supply them with the first LTE small cells base station in the country.