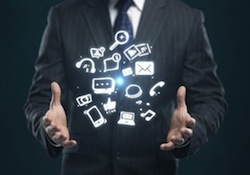 The smart home of the future will be a range of competing standards and technologies, with gateways central to how the market will develop, new research has claimed.

As many as 500 objects will be connected in a smart home by 2022, through Wi-Fi, Bluetooth, ZigBee, cellular and other types of mesh networking technologies, a new report from Gartner has said. It added that no individual type of technology will dominate the market so adaptors will have to be a key focus of manufacturers.

Battery makers and wireless charging companies will also be beneficiaries of the smart home market, as many wireless smart objects will not be easily charged through a wired power supply, according to the report.

Nick Jones, Vice-President and Distinguished Analyst at Gartner, said: “We expect that a very wide range of domestic equipment will become ‘smart’ in the sense of gaining some level of sensing and intelligence combined with the ability to communicate, usually wirelessly. More sophisticated devices will include both sensing and remote control functions. Price will seldom be an inhibitor because the cost of the Internet of Things (IoT) enabling a consumer ‘thing’ will approach $1 in the long term.”

The report predicted the smart home market will take until between 2020 and 2025 to mature because of the long replacement cycle for many household appliances. However, it said the sector is being boosted because of the falling price of adding sensor capabilities to consumer devices.

Further, it said that consumers remained to be convinced as to the value of smart home products: “Product designers must strive to create value that goes beyond technological novelty and simple control functions. Furthermore, smart products will be internally more complex than their predecessors but to be successful the product must appear simple and usable for nontechnical individuals.”

It said the “jumble” of competing standards could harm the market but noted there were a number of interoperability projects under way. In addition, consumer concerns about privacy and data would extend to this market in addition to the telecoms space.

Jones added: “Devices in the smart home will demand connectivity; some will demand high reliability as they’ll be performing vital functions such as health monitoring, so homes will require reliable high-speed internet connections. If these connections fail, many domestic devices might be forced to operate in, at best, a degraded manner. If homes become as dependent on good connectivity as businesses they will need fallback systems.”

Samsung leaps ahead of Apple, Google in IoT race with Smart Things acquisition