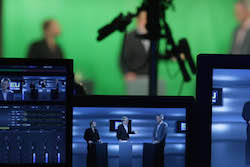 Plans to review the future of the sub-700Mhz need to be brought forward in order to meet the demands of the rapidly changing mobile and broadcasting markets, the GSMA has said.

Anne Bouverot, the outgoing Director General of the GSMA, made the comments as the Lamy Report consultation into the future of the UHF band concluded.

Brussels is seeking to determine whether the 700MHz spectrum should be used exclusively by the mobile industry or in partnership with broadcasters, who currently use the band in many markets.

One floated proposal would see the band cleared by 2020 for exclusive mobile use, with broadcasters guaranteed “regulatory security and stability” until 2030. The commission will revisit the market in 2025 to see how both markets have progressed.

The second proposal would allow operators to use the 470-694MHz band for downlink only, with first refusal being given to broadcasters.

Following the end of the consultation, Lamy is due to report back his findings in the coming months.

Responding to the consultation, Bouverot described UHF spectrum as “the single most promising frequency range for extending good value”.

She said the EC needs to support the requests from members to release the 700MHz band between 2018 and 2020, or possibly earlier. Ofcom plans to make the band available to UK operators by 2022.

Bouverot said the mooted 2025 review is too late to match the rapid development of both the mobile and broadcasting markets.

She added the commission needed to support a co-primary allocation in the sub-700MHz band at the forthcoming World Radiocommunication Conference. This would help countries decide how to use the band appropriately, according to Bouverot.

She said: “The GSMA is keen to work constructively with the broadcasting industry to develop a solution that will supply long-term guarantees for the future of digital terrestrial TV, while also providing the possibility for part of the sub-700MHz band to be used for mobile services. This will provide peace of mind to European countries that rely on terrestrial broadcast services and ensure a robust future for the region’s mobile and broadcast services.”