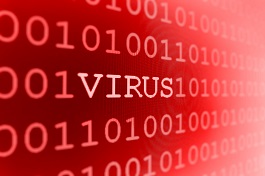 Mobile malware infections rose 20 percent last year, with 4G LTE devices most often infected, according to a new report.
The study, conducted by Alcatel-Lucent’s Kindsight Security Labs, found that Android accounted for 60 percent of the infections, typically in the form of Trojan downloads from third-party app stores, Google Play Store, or by phishing scams.
Windows laptops tethered to a phone or connected directly through a mobile USB stick or MIFI hub accounted for 40 percent of mobile malware.
Infections on iPhone devices and BlackBerry devices made up less than one percent of the total.
Unlike Apple, which only provides authorised apps through its own App Store, Android follows an open-source approach whereby apps are available from a wide variety of sources beyond Google’s official Android Market.
Just like Windows software, anyone can post an Android app to any app market without it being subject to security verification. When an app is made publicly available, anyone can download and install it.
Between October and December last year, over 11.6 mobile devices are infected by malware at any one time, the study estimated.
Kindsight said the growth is because 4G LTE networks are used more than their 3G predecessors.
“On average, an 4G LTE user consumes twice as much data, including 50 percent more video, than 3G users,” said Mark Hudson, director of communications for Alcatel-Lucent’s IP platforms group.
“Simply put, 4G LTE devices are more likely to get infected simply because they are more actively surfing the internet.”
A report published by JDSU last week pointed out that 4G LTE users are 10-times “more extreme” in data usage than those without the next gen service.
Read More
4G LTE live in 97 countries with 1800 MHz the clear favourite, claims report
Share
Facebook
Twitter
Linkedin
Pinterest
WhatsApp
Previous articleTelstra and Ericsson complete “world first” live test of APT 700 MHz band
Next articleMobile Europe Tablet edition