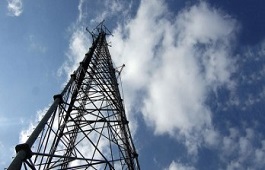 The first call on 700 MHz was made on Telstra’s live network using Ericsson’s new APT 700 radio equipment across two test sites in Australia.

Ericsson said the news marks “another important milestone” in the introduction of new low band LTE frequencies and the development of the LTE ecosystem.

Mike Wright, Telstra Executive Director Networks, commented: “This band of spectrum allows us to build the next generation of mobile services. Through this testing we are keen to understand how the network works with the 700 MHz spectrum, how commercial devices interact with the network and how we will be able to achieve faster speeds, more capacity and wider 4G coverage.”

Håkan Eriksson, CEO Ericsson Australia and New Zealand, added: “The APT700 band has the ability to provide excellent in-building coverage as well as delivering wide area coverage in regional and rural areas, providing operators with increased capacity and performance, and users with a superior experience.”

According to an Ericsson research report, “APT700 – A truly global LTE band”, the band is becoming increasingly popular in Asian and Latin American regions and has the potential to serve over 2.1 billion people. Further, it offers the opportunity for European bands to overlap with Asian and South American bands.

In Europe, high-level discussions on the future use of the 700 MHz band are getting under way. Former European Commissioner Pascal Lamy, who was drafted in last week by the head of the Digital Agenda Neelie Kroes, will chair a new advisory board on the subject.