More
HomeInsightsSponsored: Is there a way to accurately block robocalls?
Insights

Sponsored: Is there a way to accurately block robocalls? 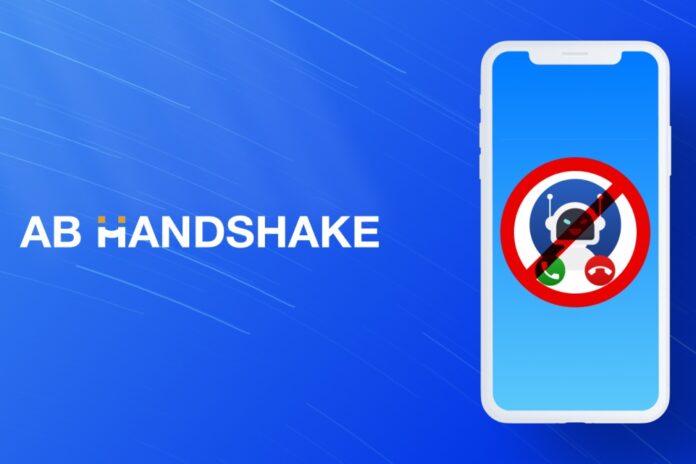 It’s time to end the nuisance for once and for all.

There’s nothing more annoying and disruptive than a robocall, and no matter what anti-spam solution you use, some robocalls always seem to get through. In fact, unwanted voice traffic is the Federal Communications Commission’s (FCC) top consumer complaint in the US.

But the fight against robocalls has just hit a new milestone — July 30th was the deadline for US. operators to implement STIR/SHAKEN or an alternative robocall mitigation program.

In a statement given on June 30th about the approaching deadline, FCC’s Acting Chairwoman Jessica Rosenworcel said, “While there is no silver bullet in the endless fight against scammers, STIR/SHAKEN will turbo-charge many of the tools we use in our fight against robocalls: from consumer apps and network-level blocking, to enforcement investigations and shutting down the gateways used by international robocall campaigns.

“This is a good day for American consumers who – like all of us – are sick and tired of illegal spoofed robocalls.”

Rosenworcel’s statement makes it clear that the FCC isn’t focused solely on STIR/SHAKEN—it’s encouraging service providers to use additional tools in the fight against robocalls.

Why is it that? Are there gaps in STIR/SHAKEN coverage? Is the coverage it provides insufficient, although it is being used as the minimum standard?

STIR/SHAKEN was designed to inform the end user whether a call can be trusted and trace the source of a robocall, but not to block robocalls. That’s why service providers are now trying to take the next step and find a way to block robocalls using information the STIR/SHAKEN provides.

But there are many questions that remain unresolved. For example, what blocking policy should service providers apply? Who defines and regulates the policy? What STIR/SHAKEN parameters can service providers use to block unwanted calls?

At the end of the day, there really is no foolproof way to determine which calls should be blocked and which shouldn’t using STIR/SHAKEN.

Likewise, a call with a C-level attestation isn’t clear cut — it might be from somebody in the subscribers’ contact list. Even the absence of attestation is not conclusive – it might have been lost due to a TDM segment on the path of the call.

That’s why the FCC recommends using alternative tools for the final determination. For example, manipulations to the A-number, also known as CLI spoofing, can be a more accurate indicator of a robocall.

Unlike STIR/SHAKEN, AB Handshake was designed to provide a comprehensive solution to the robocall nuisance using global call validation.

Rather than each company and/or regulator pouring resources into fraud protection systems based on sampling, patterns, or statistics, AB Handshake has built a community of businesses that work together, using a common ‘handshake’ to validate each call from both ends.

The solution is integrated into a company’s network using the default functionality of the existing equipment and standard protocols – no special hardware or infrastructure is needed.

Picture 1 shows how it works. When a call is placed, the originating and terminating operators send  verification requests directly to each other to confirm the parameters of the call. 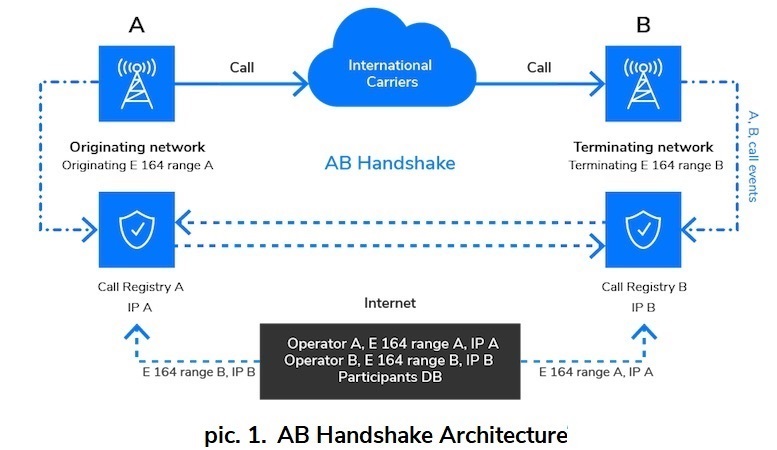 If it’s a robocall which uses CLI spoofing to hide the real origin of the call, the terminating operator reaches out to the owner of the A-Number used by the fraudster and does not get verification. The call is automatically identified as fraudulent and blocked in real time, before it can harass customers or rack up costs to telecom companies.

AB Handshake can block all types of fraud by identifying any manipulations to the call parameters in real time. There is no reason for such manipulations other than fraud, providing foolproof logic for an automatic blocking mechanism.

The solution provides value for both the originating and terminating service providers, as calls can be blocked by operators on either side. It is more secure than the alternatives, as the transit carriers do not participate in the validation process.

The company is now actively onboarding service providers worldwide and the system already has live traffic to any country in the world. The traffic can be used as a natural 24/7 test probe to detect any type of fraud in inbound and outbound traffic.