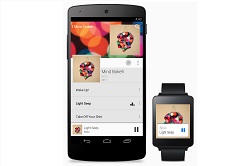 “This is particularly acute when it comes to devices for women: wearables need to quickly move on from black, clunky devices; fortunately we’re starting to see the first steps in this direction.

“Every category faces different risks: the way people use wearables is still changing, one type of device could kill sales in another category, people are unsure whether some wearables are socially acceptable, and intellectual property rights are a minefield for the dozens of start-ups entering the wearables market.”