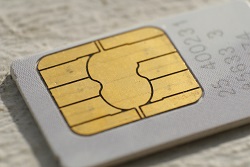 Telefónica, Samsung and Sony are among the companies who have set up a working group aimed at developing an interoperable eSIM.

The group released its first technical definition last month, which was about an operator interoperable profile package. The package enables an interoperable eSIM, allowing operators to develop a range of difference services and features on top of existing infrastructure.

Testing of the eSIM concept will begin in the coming weeks to ensure it works around the world and across different operators and device types.

A spokesperson for the group said: “The GSMA Consumer Remote SIM Provisioning initiative is leading and coordinating industry activities with a number of complementary “proofs of concept” streams, which together are contributing to the development of an end to end remote SIM solution. These have been designed to help shape the best technical specification for the mobile industry as well as for consumers.

“Results are expected in Q3 2015 with the delivery of a common specification for the remote provisioning of consumer devices anticipated by 2016.”

Last week, SIM company Gemalto said the UK and US intelligence agencies were behind an attempt to hack into SIM encryption keys, although it added no large scale theft was carried out.

Apple raised eyebrows last year when it revealed a new spin on the soft SIM concept for its iPad, allowing consumers to switch operator when they enter different markets.