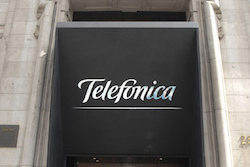 The vendor said its ASR 901 and 903 routers will provide cell site backhaul to help Telefónica meet growing data demands in Mexico, with the latter also being deployed in Brazil. Meanwhile, Cisco’s ASR 9000 series will be deployed in Argentina, Chile, Brazil and Mexico to enable capacity for 100GE networks.

Cisco said that Telefónica will be rolling out mobile backhaul across Latin America in the coming months.

It added that the deployment of its routers by Telefónica would provide the operator with “the scale and flexibility” to facilitate future network requirements and roll out faster broadband services in the region.

The vendor forecasted there would be more than 10 billion mobile-ready devices and connections by 2018, as well as an 18-fold increase in mobile internet data traffic over the next five years.

Brendan Gibbs, Vice President, Service Provider Routing at Cisco, said: ”As we help carriers transform their networks to be more agile, reduce operating costs, and profitably pursue new business models, we’re pleased that Telefónica has selected Cisco to serve as the foundation for its Evolved Programmable Network, which will be capable of ushering in a new wave of exciting services and applications.”

Meanwhile, Telefónica has opened its OpenMANO NFV orchestration stack to developers as it looks to foster new possibilities and more robust architecture for the technology.