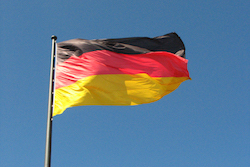 The story surfaced in Spain’s Expansion newspaper saying that the two are exploring a 50/50 joint venture.

Telefónica Deutschland is reportedly exploring a €5 billion, 50/50 joint venture with German insurance group Alliance to build out fibre infrastructure in underserved regions of Germany, which has one of the lowest fibre penetration rates in Europe.

Expansion said this would probably include a network covering up to 2 million homes with fibre connectivity in small cities, quoting unnamed “sources”.

Last week Reuters reported that Telefónica Deutschland was in the final stages of negotiating a €5 billion deal with banks and an unnamed investor to invest in its fibre infrastructure in Germany.

The timing is interesting. DT has announced ambitious plans to accelerate fibre build-out while Vodafone Deutschland has just completed a billion euro investment phase in its gigabit cable-fibre hybrid infrastructure, and is embarking on the next.

Telefonica Deutschland offers fixed services through a wholesale deal with incumbent Deutsche Telekom, which was expanded last week beyond VDSL to include FTTH.