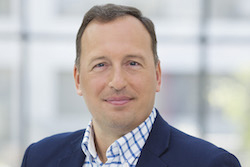 Telekom Austria’s wide-ranging virtualisation plans will be up for review after majority shareholder Américan Móvil parachuted in an Argentinian executive to take over the duties of CTO Gunther Ottendorfer.

The shock departure came during a week where Ottendorfer hosted a press and analysts dinner at Mobile World Congress to discuss the operator’s virtualisation strategy.

There was no hint of what was to come during the dinner, which Mobile Europe attended on Tuesday. A source said the news, which was announced on Thursday, came as a complete surprise.

Ottendorfer is to be replaced by Alejandro Plater. The former Ericsson exec will lead its technology, market areas and purchasing strategy under a COO.

Announcing the appointment, Rudolf Kemler, Chairman of the Supervisory Board of Telekom Austria, commented: “Günther Ottendorfer has my special thanks and appreciation for his work in the past two years, which is being highly acknowledged internationally.

“He clearly strengthened the position of Telekom Austria Group as an innovation leader in the communications industry.”

It is unclear what this means for Telekom Austria Group’s virtualisation strategy. Under Ottendorfer, who was shortlisted for Mobile Europe’s CTO of the Year award, the operator became one of the most vocal proponents of SDN and NFV, with a range of tests across its subsidiaries and home market.

A spokesperson for the operator said decisions about the operator’s technology strategy under Plater are likely to be clearer next month.

Speaking yesterday, Carlos Moreno, Vice-Chairman of the Supervisory Board and CFO of América Móvil, said: “We have formed a strong management team and we are convinced this team will lead Telekom Austria Group into a prosperous future.

“Alejandro Plater is an excellent manager, who has been working very closely with us in Mexico.”