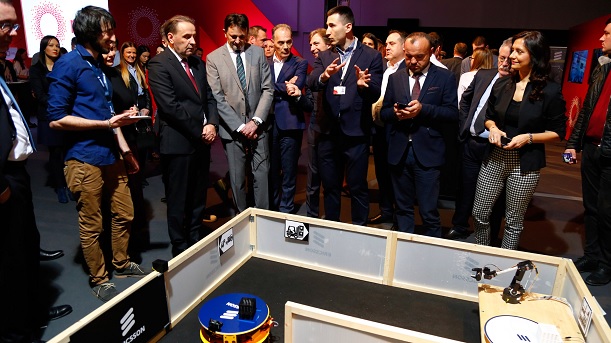 Telekom Srbija has brought 5G to Serbia through a demo in the country’s capital, as Turkcell talked up its readiness to launch the technology at an event in Istanbul.

Working with Ericsson, the operator showcased the technology at the Belgrade Fairground (pictured).

The demonstrations, which were open to members of the public, focused on control of cloud-based robotics and the high speeds of 5G.

Telekom Srbija, which operates under the commercial brand Mobile Telephony of Serbia (MTS), did not state when it would formally launch 5G in the country, but claimed it would be the first operator to do so. It said that the network when launched would offer a bitrate of over 20GBps.

CEO Predrag Ćulibrk said: “Telekom Srbija remains committed to the promotion of its services through significant investments into new technologies, at the same time operating in line with the global trends.”

Ericsson’s GM for Serbia and Montenegro Antonio Passarella said: “Our business partnership with MTS aims to ensure that the market in Serbia may capitalise on the advantages of the next technological wave, 5G and Internet of Things (IoT) at the right time and in the right manner.”

Yesterday also saw Turkcell hosting a summit in Istanbul where government representatives and the operator’s business partners discussed the upcoming roll-out of 5G and its applications.

Turkcell CEO Kaan Terzioglu said the operator’s 4G network, which now offers speeds of over 1GBps, had been designed specifically to support a smooth transition to 5G.