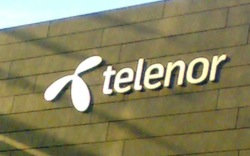 Telenor has become the first operator in Norway to offer HD Voice services across its network.

The service is automatically available for all Telenor customers and is offered for free, but subscribers must have a HD Voice ready smartphone and be using Telenor’s 3G network in order to benefit.

The operator says that in the course of 2013, the HD voice capability will also be added to Telenor’s 2G network, and eventually it plans to provide support for HD voice calls between its 2G and 3G networks at some point in the future.

“During the last few years, there has been a rapid development of mobile technology: we’ve got a faster network, smarter phones, and new services. Soon there won’t be anything that you can’t do with your mobile phone. But one area has been lagging behind. Sound quality during calls has not seen any significant improvements since the introduction of GSM in the early 90s,” said Telenor CEO Berit Svendsen.

HD Voice is a VoIP technology based on an ITU standard called “Wideband Audio” that was first coined in 1987.

Orange launched the world’s first HD voice service for mobile phones in Moldova back in 2009.

Since then, a number of carriers around the world have introduced HD Voice services to their networks, using the G.722 wideband standard, also known as Adaptive Multi-Rate Wideband (AMR-WB).

But not all phones have HD Voice capability currently.

“The nuances in tone will be clear and the sound more lifelike. Those working in or located in areas with a lot of background noise, such as cafés or close to traffic, will benefit greatly from HD Voice,” said Svendsen.

“Better sound quality will also generally ensure fewer misunderstandings and will allow you to talk more quietly on the phone. This is very convenient when you are in a public space.”