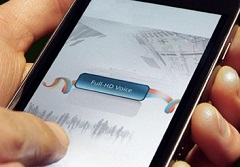 Three is planning to introduce VoLTE to the UK this autumn and is aiming to have one million customers using the service by the end of 2015.

The company is planning to introduce the 800MHz spectrum it acquired during the 2013 auction in the coming months. The operator, which announced plans to acquire rival O2 late last year, set it will use the spectrum to “significantly” improve its coverage footprint, especially indoors.

VoLTE will be another consequence of putting the 800MHz into play, with Three planning to introduce it to all of its customers with a compatible handset.

In addition to the plans to have one million using the service by the end of the year, Three predicted 7.5 million customers will be using VoLTE to make calls next year.

The UK operator, currently the fourth biggest in the market, has 3.5 million customers using 4G and claimed they have average speeds of 17.8MBps. On average, Three’s customers use 3.4GB of data per month.

Its VoLTE launch is set to follow that of rival Vodafone, which is planning to roll out the service during the summer, along with a voice over Wi-Fi service. EE has also announced plans to launch VoLTE, although it is currently unclear exactly when it will be introduced to customers.

Last year, Three went live with a VoWi-Fi service, but unlike competitor EE it was accessed through an app rather than a native dialler.

According to figures from the Global mobile Suppliers Association, there are 14 operators offering VoLTE in seven countries.