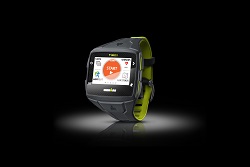 Qualcomm has helped watchmaker Timex to produce its first smartwatch, which offers connectivity through AT&T’s network across the US and Canada.

The device, which is scheduled to launch in the autumn initially in the United States, uses a cloud-based service delivery platform managed by Synchronoss, which also built the device’s app and web portal.

Derek Aberle, President of Qualcomm Incorporated, said: “Wearables, including smartwatches, is an emerging category that holds significant promise for Qualcomm, and we are very pleased to have worked with Timex and AT&T on the development of the Ironman One GPS+ sports watch and delivery platform.

“The watch combines the human wrist ergonomics expertise of Timex with proven Qualcomm technologies and will provide fitness enthusiasts with a truly unparalleled design and connected experience.”

Annette S Olsen, Chairman of Timex Group, added: “Our collaboration with industry stalwarts Qualcomm and AT&T has enabled us to introduce the first smartwatch that offers standalone wireless connectivity without a phone and has great appeal to a broad range of fitness enthusiasts as well as tech-savvy individuals.”