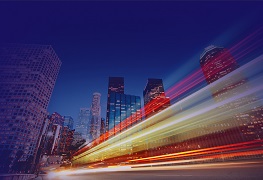 A majority of operators have an attitude of “wait and see” when it comes to network virtualisation technology, with 33 percent saying it will be between two and three years when they have a full-scale implementation of NFV, a Mobile Europe and Juniper Networks survey has found.

While a number of NFV projects are being carried out, most notably Telefónica’s Unica project, the survey found more than 50 percent of operators said work was still in the labs. Full scale rollouts were being carried out by 10 percent of operators, with only seven percent conducting field trials and 3.5 percent launching a limited rollout of the tech.

While a third of operators said they felt it would be between two and three years when they would conduct a large scale rollout of NFV, 18.5 percent said they expected it to happen within the next 12 months. Just over a quarter (26 percent) said they had no plans.

Jason Marcheck, Research Director at Current Analysis, says these findings suggest there are a number of issues among network functions virtualisation that need to be worked through, whether it is standards, network migration strategies, or return on investment justifications. He says: “The definition of full-scale could likely differ from operator to operator, but in any case, it does imply a substantial shift in network architecture. Thinking in those terms, two to three years is not a very long time relative to other dramatic network architecture shifts.”

Dimitris Mavrakis, Principal Analyst at Ovum adds that the “two to three years” timeframe is “normal if not a little bit optimistic”. He says: “Most operators are waiting to see how trials and NFV phase 2 will result in.”

The full findings of the survey will be published in the next issue of Mobile Europe, which features a special report into SDN and NFV.