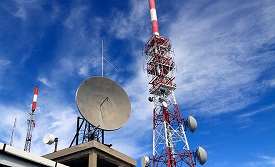 V-band radio systems are the perfect answer to small cell backhaul deployment challenges and a potential spectrum crunch that could face operators, according to UK operator EE.
V-band (60 GHz) is a part of the millimetre wave radio technology. The band is essentially undeveloped but available for use in a broad range of new products and services, including high-speed, point-to-point wireless local area networks and broadband internet access.
According to Andy Sutton, the UK network’s Principal Network Architect, network operators have steered clear of V-band systems due to their high atmospheric attenuation (oxygen absorption), which can cause high levels of disruption and create unclear signals.
But speaking at the Cambridge Wireless Millimetre Wave Radio conference, which focused on the potential of millimeter wave radio technology and signal processing, Sutton said: “A new use case focused on small cell backhaul has emerged and suddenly the very characteristics which have restricted the use of 60GHz previously are now considered beneficial. This change of position is due to the small cell deployment scenario, in this case public access outdoor picocells which will be deployed in the urban clutter to add capacity to mobile networks.”
According to Mark Barrett, CMO of Blu Wireless Technologies, the license-free 57-64 GHz band has spurred the development of a number of wireless systems that could lead to a mass-market rollout in the next five years.
He said: “There is a need for change in the European and Asian radio regulatory frameworks to encourage the deployment of low cost 60 GHz mesh networks.”
Read more:
EMEA leading the race in global millimetre wave equipment market
Samsung develops world first high-speed 5G millimeter wave transceiver
Share
Facebook
Twitter
Linkedin
Pinterest
WhatsApp
Previous articleCrowd-share data bandwidth app secures funding
Next articleNSN launches new telco cloud manager for NFV compliance