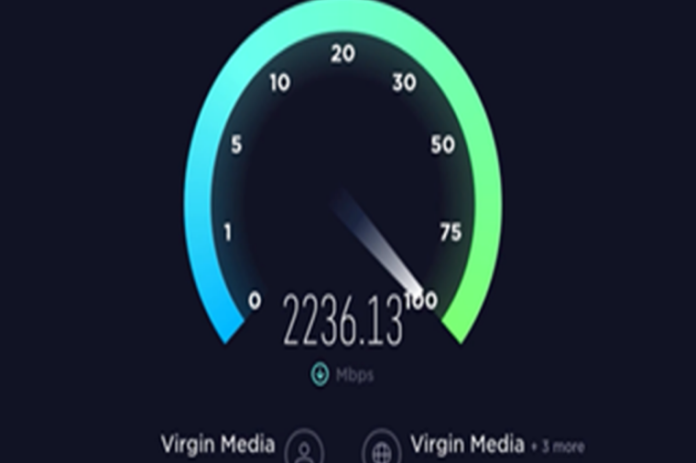 Virgin Media has achieved 2.2Gbps broadband speeds – 34 times faster than the UK’s average – in a trial on its existing network.

The proof-of-concept in Thatcham, Berkshire, aimed to show the speeds that can be delivered via its existing cable network, without the need for additional infrastructure or civil engineering works, such as laying new fibre cables. The company used DOCSIS 3.1 broadband technology, which it says “brings faster, more reliable broadband speeds to customers’ homes.”

The UK’s average speed is 64Mbps, according to Ofcom.

The speeds were delivered to homes in Thatcham using Virgin Media’s latest Hub 4 router, which is its fastest to date and comes as standard with its gigabit broadband service, Gig1. The trial also provided average upload speeds of 214Mbps.

Jeanie York, Virgin Media’s Chief Technology and Information Officer, said: “We invest more than £1 billion into our network every year and this innovative trial demonstrates how Virgin Media’s existing future-proof cable network can deliver lightning-fast, multi-gigabit broadband speeds. We stand ready to power our customers’ connectivity needs for whatever comes next.

“We’re leading the charge to make the UK faster and we’re on track for rolling out gigabit broadband speeds across our network by the end of next year.  With this next-generation connectivity, our customers can experience the best from their broadband – whether that’s 8K gaming, instant streaming, high quality video calls or uploading files in a flash – all in the same home at the same time.”

The speeds have been independently verified by SamKnows – Ofcom’s technical partner which measures broadband performance.

Virgin Media has already rolled-out its Gig1 broadband (1,140Mbps) to seven areas across the UK, reaching 3.7 million homes. It aims to reach over 15 million premises by the end of 2021.