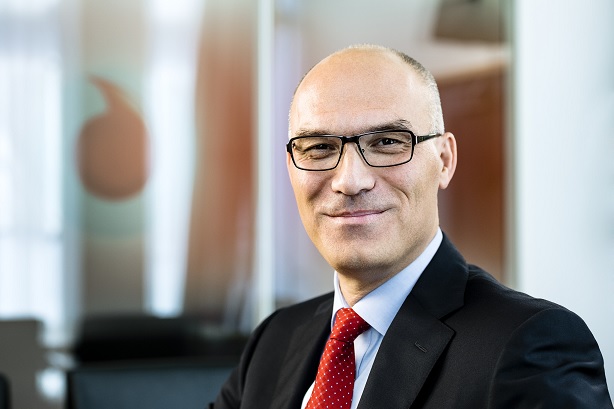 The argument that 5G is over-hyped is becoming as prolific as the hype itself, but telcos do not seem to be taking heed, if this year’s Mobile World Congress (MWC) is anything to go by.

Maybe claims of the potential of 5G to transform the world economy through connectivity are harmless, serving to garner a bit of attention for an industry that does not always have such glamorous technology to brag about.

But the danger is that this is distracting from the continuing need for telcos to transform and make use of their networks today.

Vodafone Group CTO Johan Wibergh summed up the prevailing mood to Mobile Europe at MWC: “I’m worried that people think [5G] is going to be gigabit speeds for everyone and solving all problems including world hunger.”

Among the technologies that 5G is expected to enable are connected cars, virtual reality, augmented reality, smart cities, and many others.

A beginning which, it bears repeating, is still some time off. 2019 will see the World Radio Conference 2019 (WRC-19), during which the International Telecommunication Union will determine the spectrum to be used in 5G.

This precedes the IMT-2020 conference the following year that will determine the actual specifications for 5G.

Estimates from management consultants Oliver Wyman, meanwhile, suggest that to provide Europe-wide 5G coverage will require an extra 200,000 new antennae sites at a cost of €30 billion.

As another C-level executive at a vendor in Barcelona more bluntly commented: “Claims of being 5G-ready or actually launching services in 5G are getting close to b*****it.”

But even in 2020 the technology will not be able to deliver on the demands that are already being made of it.

Adrian Scrase, CTO of standardisation organisation ETSI, said that the idea that 5G will offer an instant step-change, with the oft-promised low latency and high bandwidth, is risking over-hype.

“5G is not going to be a wow factor more than you have in an advanced LTE network. High performance and low latency will probably be achievable halfway through the life cycle,” Scrase said.

“You’re not going to reach the extremes on day one. Historically, when we’ve designed generations, what we’ve ended up delivering on day one has been unrecognisable 10 years later.”

Despite the preponderance of 5G demos, partnerships and research announced at MWC, behind closed doors operators such as Vodafone are taking a more cautious approach.

“There is always a hype angle you need to navigate. If you take too much innovative stuff, it doesn’t work and you just lose time. If you are too conservative, you’re just going to be left behind everybody else,” he said.

Part of this means continuing investment into LTE networks.

“We should really utilise 4G because it is a good resource,” said Wibergh. “4G has been very successful. The smartphone works very well – you get very good speeds and a good user experience.

“We have demonstrated in a few countries that we can do gigabit speeds on our 4G networks.”

This is not the only investment Vodafone is making into 4G. In January, the telco launched its first commercial NB-IoT network. The standard, finalised by 3GPP in June last year, allows IoT devices to communicate over LTE without consuming high levels of power.

“NB-IoT is an interesting technology because it brings the cost points [of IoT] down to something more acceptable,” Wibergh said, citing the vast improvements it brings in battery life.

Rather than waiting for 5G, Wibergh said that Vodafone is “taking some 5G technologies into 4G.”

Samih Elhage, President of Mobile Networks at Nokia, sees 5G as one plank in an overall platform that may include several generations of mobile networks.

“We need to recognise that there is no silver bullet that can address everything you need,” he told Mobile Europe. “This coexistence of technologies will happen.

Depending on customer strategy you could have 2G, 3G, 4G and 5G together. Other customers will just have 4G and 5G.”

2G, for example, offers broad coverage that would have operators giddy if available for their LTE networks. As ETSI’s Scrase explained, this has made 2G a strong platform for current IoT devices that require limited bandwidth and wide coverage, but this will change in the future when 2G’s lack of throughput leaves it unable to deliver.

Nevertheless, the point is that older networks should not be overlooked even as 5G nears standardisation. At the end of the day, investment needs to be directed to the technologies that will best allow operators to make money.

This is what is at stake in “over-hyping” 5G.

ETSI’s Scrase concluded: “There’s a difference between the idealism of the architects who say this is what 5G will do and the harsh practical reality for the operator.”