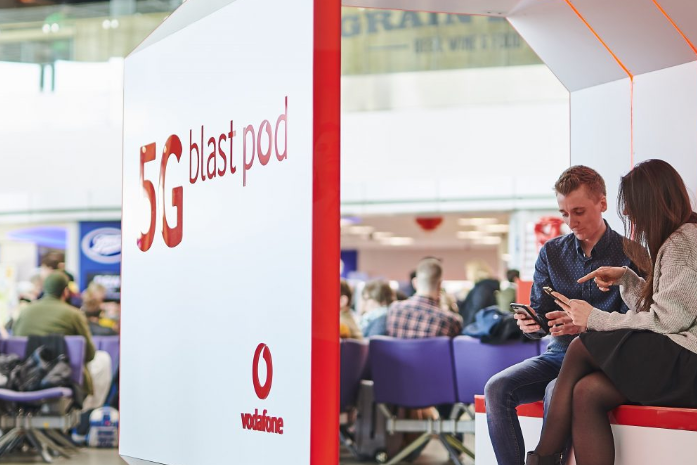 Previously Reid had said the Group could cover the annual, €4.1 billion cost of dividends having put in place a cost reduction plan and looking to reduce debt by, for example, selling off its towers, as have so many mobile operators.

In particular, the high cost of 5G spectrum in Germany and Italy, have hit Vodafone, along with poor performance in Italy and South Africa, which are key markets.

It is also close to completing the €18.4 billion deal to acquire Liberty Global cable assets in Germany and eastern Europe.

Paolo Pescatore, Analyst, PP Foresight, said, “Results highlight the ongoing challenges facing the company in its quest to turnaround its fortunes. All hopes seem to be pinned on 5G, but the business model is unproven.”

This was caused by the value of its Indian business tumbling as Jio continues to disrupt the Indian market.

However, the merger between Vodafone Group and Idea Cellular was completed last August in a bid to better compete against Jio. The combined group has just reported a narrowing loss of Rs 4,881.9 crore [ten million] for the quarter that concluded at the end of March.

This was boosted by a tax refund and lower expenses, but, importantly, service revenues inched up after 11 quarters of decline.

Last week Vodafone Group sold its New Zealand mobile business for NZ$3.4 billion (€1.999 billion) to a consortium of infrastructure investors; it had previously tried to sell this unit in 2017.

However, Vodafone’s attempted merger in in Australia with fixed-line player TPG Telecom was blocked by the regulator on the grounds it would reduce choice. The two said they will seek to have the decision overturned in court.