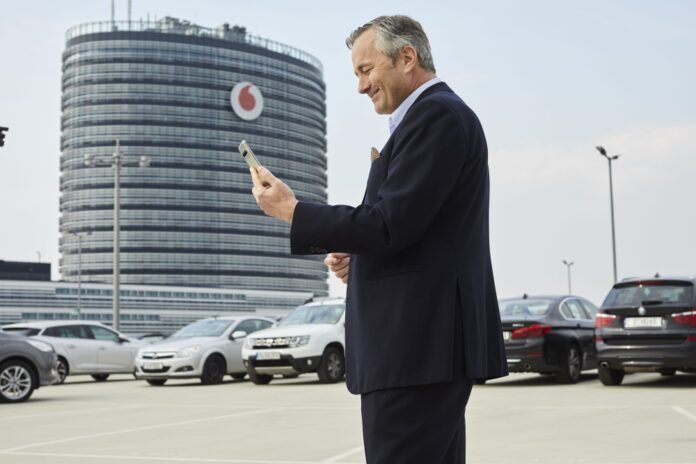 Vodafone Germany has announced plans to expand its 5G footprint to 60 million people, while cutting its power consumption and boosting speeds and coverage with 5G Standalone techniques.

In 2022 all 10,000 of Vodafone Germany’s 5G antenna will be converted to 5G Standalone antennae. It also announced a major power-saving green initiative, using Ericsson’s energy-efficient antenna which use 40 per cent less electricity than previous models when transmitting data. The first 900 of these antennas will be working by March 2022.

The mobile operator now has a 5G network reaching 35 million people from 15,000 cellular antennas in 5,000 locations. In May it promised to reach 30 million potential 5G customers by the end of the year, having erected 10,000 antennas in 3,000 locations.

By the start of summer of 2021, it had retuned its first 1,000 antennae to use the 3.5GHz frequency exclusively.

The success of this trial encouraged network strategists to triple the number of SA-equipped antennas to 3,000, this time using 700MHz for less densely populated areas.

This end of the signalling spectrum achieved a coverage radius of up to 8km per base station, each pumping data at 200Mbps data speeds. By contrast, those using 3.5GHz will only reach out across 1km but they can achieve speeds up to 1Gbps.

Vodafone Germany has carefully used these broadcasting options to tailor its signalling strategy for rural and urban areas, said its CEO Hannes Ametsreiter (pictured). “We are turning our entire 5G network into a real-time network, in the city and in the country, with all available 5G frequencies,” he said.

Vodafone plans to extend its 5G footprint to around three quarters of the population of Germany, 60 million people, in its financial year ending March 2023. It will execute this strategy by extending 5G SA technology to every one of its 10,000 5G antenna in the network by that date, it says.

It gave some updates on device support. Customers can already use 5G SA services if they have Samsung Galaxy S21 devices. The Chinese made Oppo Find X3 Pro phones have been supported by the SA network since April.

However, it has promised that subscribers won’t be dictated to and that more new handsets will be activated on the SA network, via software updates of the antenna, shortly. Vodafone stresses that all base stations upgraded with 5G SA technology will still support 5G smartphones in Non-Standalone (NSA) mode.

In July Vodafone Germany announced it was setting up 5G and 6G innovation centres in Dresden, after having introduced Germany to the new technology.

“We are activating the most modern 5G network in Europe,” said Ametsreiter.