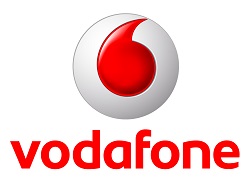 Customers in Papakura, NZ, will soon be able to take advantage of higher speeds and network quality on a spectrum band harmonised across a number of countries in the Asia Pacific region.

Vodafone New Zealand will use Nokia Network’s latest generation of Flexi Multiradio 10 Base Stations to deploy the 700MHz band across the region. The network will also benefit from digital dividends made available by the region’s recent switchover to digital television, which has freed up spectrum space for use by the new band.

Sandra Pickering, Vodafone New Zealand Director of Technology, called the rollout a “major milestone” for the operator. She said: “Our focus this year is about expanding our 4G network to rural New Zealand with 700MHz, and Nokia Networks will play an important part in implementing this initiative. We’ll be activating 4G wherever possible on new Rural Broadband Initiative sites this year.”

The same frequency is currently being considered by Ofcom, which hopes to have the UK join other European countries on a harmonised mobile spectrum by 2022 to meet the demands of the exponential growth in data consumption.

The 700MHz frequency is currently the favoured option as it is thought to be the only one available for wide-reaching shared use, with additional benefits of economies of scale for mobile manufacturers.

Research from Cisco earlier this year predicted mobile data would increased more than 10-fold between now and 2018, leading the GMSA to repeat calls last week for harmonised spectrum to meet this predicted growth.