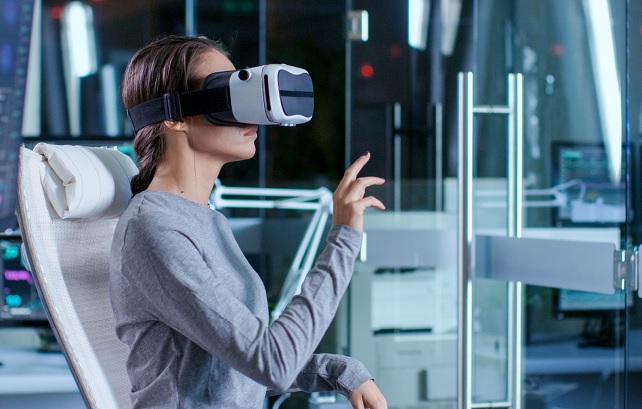 VR and AR headsets have been predicted to bounce back from a lacklustre 2017 thanks to new vendors, use cases and business models.

Researchers said the market was hit in 2017 by a lack of interest in “screenless” headsets, those that serve as a cradle for a smartphone that delivers VR and AR content.

One exception to the wider market was Lenovo, which released its Mirage AR headset last year with Star Wars: Jedi Challenges. The game equipped the user with a physical lightsaber and allowed them to fight Darth Vader and other Star Wars villains.

Jitesh Ubrani, Senior Research Analyst for IDC Mobile Device Trackers, said: “There has been a maturation of content and delivery as top-tier content providers enter the AR and VR space.

“Meanwhile, on the hardware side, numerous vendors are experimenting with new financing options and different revenue models to make the headsets, along with the accompanying hardware and software, more accessible to consumers and enterprises alike.”

Devices predicted for success in 2018 include Facebook’s Oculus Go, HTC’s Vive Pro, and Lenovo’s Mirage Solo with Daydream, which will hit the market with new functions and improved pricing.

Tom Mainelli, Program Vice President, Devices & AR/VR research, said: “While there’s no doubt that VR suffered some setbacks in 2017, companies such as Google and Facebook continue to push hard toward making the technology more consumer friendly.

“Meanwhile, Lenovo’s success with its first consumer-focused AR product shows that consumers are beginning to understand what augmented reality is and the experiences it can provide. This bodes well for the category long term.”

IDC predicted AR headsets will account for 97 percent of the market by 2022, across both tethered and standalone devices. Screenless devices will continue to sell but will peak in 2019, as integrated headsets become cheaper.

Screenless VR devices will also experience a similar drop in demand with standalone and tethered devices comprising 85.7 percent of the category’s shipments by 2022.