More
HomeNewsWe want to change the destiny of the telecoms industry – here's...
News 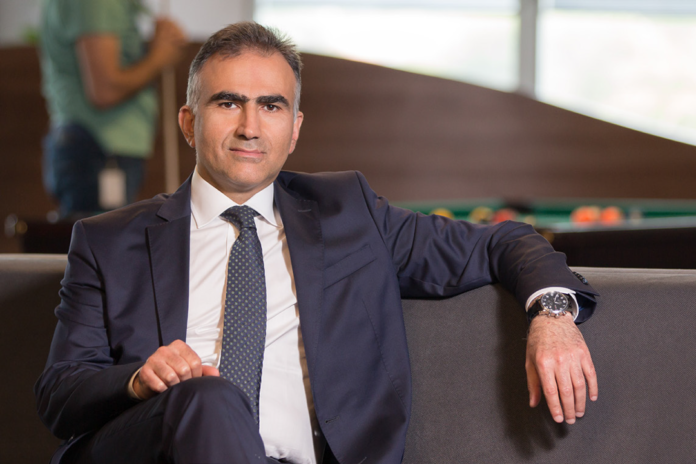 Turkcell’s ambitious digital strategy is implemented by the Winner of 2018’s Regional CTO of the Year. Could your achievements make you this year’s winner? Enter now.

Turkcell’s Award winner, Gediz Sezgin, Senior VP of Network Technology, explained the company’s ambitions saying, “Our target is not just the Turkish diaspora, or the wider Middle East. We are targeting the whole world”.

It is a mark of the Turkish operator’s confidence in its own digital transformation that Sezgin was just about the only tech chief at Mobile Europe’s CTO of the Year event in London last year to present authentic solutions to the industry’s grandest challenges.

How can operators compete with the over-the-top providers with fewer physical assets and freer business models? It is a question that goes round and round the table in London, until it falls to Sezgin. “We do the same as them,” he shoots backs. “But we do it with our own capabilities.”

It was the same at Mobile World Congress in Barcelona in February, and any number of trade shows in between, where Sezgin’s boss, Turkcell chief Kaan Terzioglu, has cut a singularly assured figure with a David-and-Goliath tale about Turkcell taking on the ‘internet giants’, and winning.

In an industry filled with uncertainty about its role in the digital world, Turkcell talks like a leader with a blueprint for digital reinvention. “Our ambition for global growth is driven by our digital services and our operational models,” comments Sezgin after the London session.

Sezgin, awarded Regional CTO of the Year at the Mobile Europe and European Communications event, is responsible for designing the technological foundation for Turkcell’s new services push. It has been a heavy workload, he notes, weighed down by the rapid rollout of a nationwide 4.5G radio network, which has included two-carrier aggregation, 4×4 MIMO and 256 QAM technologies from the start.

Alongside this, Sezgin has devised twin NB-IoT and LTE-M capabilities, an upgraded 10G optical transport network, and faster fibre-to-the-home (FTTH). He has also layered in a flexible screen of virtualised and self-organising functions over the top. All his work has been geared towards a single goal: to remake Turkcell as a ‘digital services provider’.

The arrival of 5G will consolidate its position, he says, by multiplying out both the user’s experience and the network’s capabilities. “Speed will generate data, and people and things will interact more. There will be vast opportunities for operators. All the tools needed to process data, and all the experiences created as a result, will happen at very high speeds,” he says.

Read the rest of this interview with James Blackman, originally published on 30 September 2018.

If you want to join or nominate someone to join the exclusive ranks of past winners, ENTER THIS YEAR’S CTO OF THE YEAR AWARDS OR NOMIINATE A COLLEAGUE