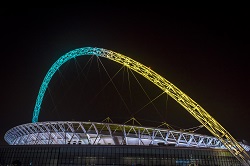 UK-based operator EE plans to launch a 400Mbps 4G LTE network at Wembley Stadium in 2016 as part of a six-year partnership to make it “the world’s most connected stadium”.

The multi-million pound development will see EE use hardware provided by Huawei to deploy “next generation” radio technologies, in addition to new spectrum bands and added capacity.

The operator claimed to have already doubled both 3G and 4G capacity at the stadium since February, and aims to launch the UK’s first 300Mbps LTE-A network at Wembley by the end of next year.

EE also said it plans to trial an LTE broadcast service at Wembley in 2015, which will allow members of the stadium’s “Club Wembley” programme to watch streamed content on smart devices from multiple cameras around the arena.

Fotis Karonis, CTO of EE, said: “Since we announced this historic partnership six months ago…we’ve added enough capacity to connect every visitor that walks through the gates, and we’re continuing to invest – more 3G, more 4G, superfast Wi-Fi and the capability to launch a multi-operator 4G service, supporting all the networks, means everyone with a smartphone can be connected at Wembley.

“This partnership has a very clear vision – we want Wembley to be the world’s best connected stadium, showing off new technologies first and giving two million visitors a year the best possible Wembley experience.

The operator is currently trialling contactless payment and ticketing at Wembley and said it plans to have NFC account for more than 50% of all payments at the stadium by 2017.

It added that the stadium will be used to showcase the majority of its new technology over the coming years.