More
HomeNewsWhite spaces get go ahead in UK after Google, Microsoft trials
News

White spaces get go ahead in UK after Google, Microsoft trials 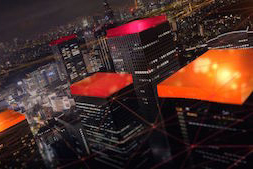 The UK is to move ahead with white space technology, after the country’s regulator gave the green light to wider deployments following several trials.

Ofcom is planning to offer white spaces, or gaps in the frequency bands, in unused parts of the 470MHz to 790MHz band.

Companies that use these white spaces will share the spectrum with digital terrestrial television companies and wireless microphone users.

In order to avoid interference and ensure the smooth running of spectrum use, sharing will be controlled by databases which will hold information on all of the spectrum’s users. The databases will specify times, places and frequencies where white spaces will not cause interference. Ofcom will set limits as to how much power these transmitters should use.

Ofcom said the benefits of white space spectrum were its greater penetration and ability to travel longer distances that either Bluetooth or Wi-Fi. It said it could prove effective for the Internet of Things, an area it is already exploring.

A number of trials have been taking place to test the technology. These include ships and boats in the Orkney Islands using the internet, video streaming of meerkats, otters and tortoises at London Zoo and a flood defence M2M network in Oxfordshire.

Ofcom said it was expecting the first commercial deployments on white space technology to take place by the end of 2015.

“It is also an important step in helping the UK’s wireless infrastructure evolve effectively and efficiently.”

“Spectrum is an important but limited resource, which is why we’re exploring new ways of unlocking its potential, while balancing the needs of different users.”