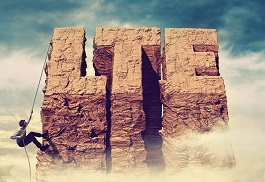 There are now 263 4G LTE networks that have commercially launched in 97 countries, according to a new report.
The Global Mobile Suppliers Association (GSA), said 112 such networks were launched in 2013, while three have launched so far in 2014. In total, over 500 operators are investing in 4G LTE networks in 144 countries.

The report also highlights the increasing popularity of 1800 MHz, which is the most widely used band – it is present in 44 percent of commercially launched 4G LTE networks.

Meanwhile, 115 operators have now launched LTE1800 (band 3) systems in 61 countries, either as a single band system, or as part of a multi-band deployment. This is 37 percent higher than six months ago, according to the industry body.
“Key trends this year include more deployments of carrier aggregation and other LTE-Advanced features, growth in voice services enabled by VoLTE, and a significant expansion of international LTE roaming services,” GSA President Alan Hadden said in a statement.
Telefonica Germany activated its LTE-A network with carrier aggregation in November, while Ericsson and Angolan operator Unitel announced the first commercial trial of LTE-Advanced (LTE-A) carrier aggregation (CA) technology in Africa last week.
Meanwhile, Voice over LTE (VOLTE) is expected to gain ground this year, and the GSA noted that there are now an estimated 30 models of phones on the market that are VoLTE-compatible.
Share
Facebook
Twitter
Linkedin
Pinterest
WhatsApp
Previous articleNeul launches Weightless M2M network solution
Next articleOfcom announces plan for satellite internet on boats and planes