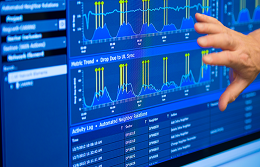 The shift towards virtualisation was one of the dominant themes of last week’s Mobile World Congress, but questions are increasingly being asked about whether the industry is moving as one in the right direction.

Changing how a network functions is a complex undertaking, with the true benefits only being realised in the longer term. Several of the technology’s advocates held presentations last week to discuss their projects, but their updates were tinged with a warning.

A priority for the operator is to set up two global UNICA test-beds to certify all of the network functions, whether it’s customer premises equipment, IP multimedia systems or evolved packet core, as they are virtualised.

The operator plans to virtualise 30 percent of new deployments by 2016 over the UNICA infrastructure. Spain, Germany and Colombia are the countries that will be first to benefit in the second half of this year.

Also sharing a virtual ambition in Barcelona was John Donovan, the man behind AT&T’s SDN and NFV strategy. He said the plan was to switch the operator from being a traditional telco to a software company, with organisational changes including the uniting of the IT and network teams.

He explained: “By 2020, we plan to virtualise and control more than 70 percent of our network using cloud and SDN… there are 150 network functions that we want to virtualise. We will transform five percent of functions by the end of this year.”

Telekom Austria Group’s CTO Gunther Ottendorfer also laid out the operator’s virtualisation strategy, several days before his sudden departure from the company. His exit means the operator’s wide-ranging technology strategy is up for review, even though it has previously described NFV as a “major paradigm shift” for the industry. Among his recent projects was a comprehensive staff training programme about the technology.

Uncertainty about virtualisation does appear to be catching, with Telefónica’s Blanco telling Mobile Europe that despite the hope of virtualised technology running on open-source hardware, some vendors are trying to dig in their heels.

He said: “Some network vendors are reluctant to deploy their solutions on virtual environments that are not theirs. Additionally, they are a bit reluctant with our challenge on interoperability; we believe there is a long way to [go for] improvement.

“Frequently, many vendors bring their NFV solutions with improved versions and add-ons and that means proprietary solutions and “lock-in”. We are working on the line to promote interoperability and provide a more open ecosystem, so that telecommunication providers adapt and expand their network services more easily.”

Blanco also warned that what the industry needs is carrier grade solutions designed specifically for running on NFV infrastructures and configured differently from more basic cloud products. He said there is too much of a focus on the latter at present.

He explained: “From the different initiatives that we have made in the last years, we understand that the industry has broadly embraced the concept of network virtualisation but unfortunately, the industry is lagging behind… many vendors have understood cloud technologies as valid for implementing NFV but they have carried out network functions without doing any more. This approach introduces delays in the availability of the right NFV solutions.”

Asked by analysts during a presentation whether the case for doing it has been properly made. He said: “We can’t survive if we don’t do this. We have the time to do it. It’s our responsibility to do it. We are in a new paradigm of technology.”

Blanco is undeterred by sceptics, but admits the road will be bumpy. O2 UK’s 2012 outage was caused by the virtualisation of the home location register going down, for example. He said: “We will fail. We will make mistakes. This is the only way to be a much simpler company, focused on customers and reducing the complexity of the architecture.”

It appears Blanco and fellow advocates have a difficult journey to undertake in order to arrive at their virtualised destination.