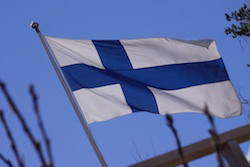 Finnish operator DNA holds the crown for carrying the most mobile data traffic per user in the world, a new report has claimed.

According to a study by research firm tEfficient, DNA users generated an average of 3.5GB per month in 2014, followed by rival Finnish operator Elisa with 2.9GB.

The report claimed that as a result, Finland is the top country in the world in terms of mobile data usage, beating the USA, South Korea and Japan, which all “followed closely”.

The reason for Finland’s high performance is due to the country’s rapid adoption of LTE technologies, the report said, where operators have been quick to deploy large 4G networks despite the late licensing of 800MHz spectrum in Finland.

The study revealed that 4G handset adoption was also high in Finland, which is “one of the very few countries” in the world to offer unlimited data plans. tEfficient said that while Finnish mobile operators were not able to directly monetise all mobile data traffic, they had been successful cashing in on “throughput tiers” as subscribers upgrade for faster data speeds.

Frederik Jungermann, author of the tEfficient report, said: “Finnish operators monetise on throughput tiers and so far they have been able to live well on customers’ willingness to upgrade to higher speed tiers.”

However, he warned: “Capitalising on the 3G to 4G shift is one thing, but how many customers will care [about] upgrading from 4G to LTE-A?”