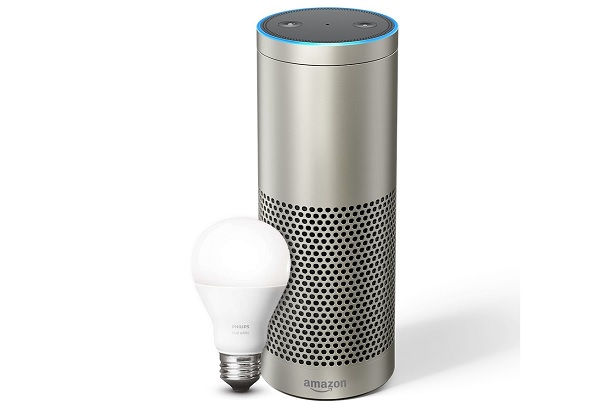 Amazon has signed a new partnership to build its Alexa digital assistant into BMW and Mini vehicles from 2018 and announced a new generation of its Echo speaker that can interact with smart home products.

Alexa will be able to respond to vocal commands and perform in-car functions such as getting directions, making calls, playing music or checking the news.

It will interact with visual content on the car’s control displays, including to-do lists or weather forecasts.

Users will also be able to interact with Alexa’s ecosystem of features offered by third parties like Starbucks, such as the ability to pre-order a coffee while driving.

The capability will be rolled out in 2018 model vehicles in the United States, UK and Germany from the middle of next year.

Ned Curic, Vice President, Alexa Automotive, said: “Voice is a big part of the future, especially in cars. Using your voice to enjoy content and interact with your car makes a great driving experience even better.”

Dieter May, Senior Vice President Digital Services and Business Models at the BMW Group, added: “Voice control first featured in BMW Group cars many years ago, and we are now enhancing its functionality by adding a digital ecosystem, which will open up all sorts of new possibilities that customers can access quickly, easily and safely from their car.”

Deutsche Telekom launched a connected car platform earlier this month, which allows a driver to access data about their journeys and route planning services.

Read more: Telia hopes connected car project will lead to “speed of the cheetah, punch of the elephant” transformation

Amazon also announced the next generation of its voice activated speaker Echo, Echo Plus, which has a built-in smart home hub to connect with IoT lighting, locks and other appliances.

Users can now verbally command the device to discover all compatible hardware, which includes products from Philips Hue, GE and Kwikset.

The Echo then automatically sets up the control and management of these devices.

The device is available for pre-order in the United States, UK and Germany and will start shipping next month.