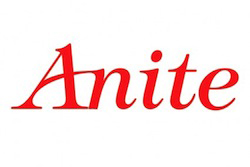 The wireless equipment testing vendor said it had combined three carriers with downlink bandwidths of 20Mhz, 10MHz and 10MHz with its own Multi-RAT testing Development Toolset.

The achievement represents a “milestone” in the development of LTE-Advanced components, according to the company.

The company said users of 3 CC CA will benefit from higher data rates and more bandwidth for intensive tasks such as content streaming and online gaming.

The breakthrough was reached by working with a “leading” mobile chipset manufacturer, although Anite did not disclose who this was.

Looking ahead, the UK-based vendor said the aggregation of three Component Carriers – with 20 MHz bandwidth each – could allow mobile operators to deliver downlink data rates to end-users of up to 450 Mbps.

Increasingly, operators around the world are looking at CA as a key part of their LTE-A deployments.

Telecom Italia is the latest European operator to unveil it plans. Earlier this month, it said LTE-A would be rolled out across Italy with Ericsson, Huawei and Qualcomm, after trialing the technology on the 1800Mhz and 2600MHz bands in Turin.

According to ABI Research, there will be half a billion LTE-A subscriptions by 2018.