Apple, Samsung dominate semiconductor purchases, but rivals are catching up 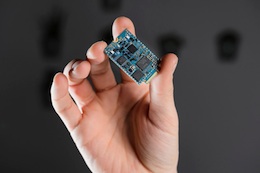 “However, while Samsung Electronics kept its position as the No. 1 largest customer of semiconductor chip vendors, its growth rate in 2014 was lower than the global semiconductor market’s growth, firstly because it struggled in the smartphone market, and secondly because it is withdrawing from some parts of the PC market.