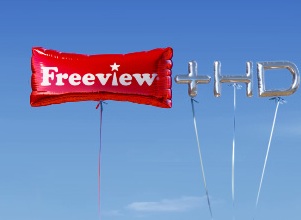 Freeview provider Arqiva is not happy about Ofcom’s proposed re-allocation of spectrum in the 700MHz band for future mobile broadband services, saying that Ofcom is “yet to make the case” for such a transition.

Ofcom, mirroring discussions at the World Radiotelecommunications Conference held from January-February 2012, has proposed that spectrum in the 700MHz band, currently used by digital terrestrial television – is re-allocated for mobile broadband services.

Those services could be “possibly 5G”, to use its own phrase.

Ofcom makes the point that it is not acting alone here. Spectrum bodies have identified the need for harmonised spectrum planning across Europe, and the 700MHz band is in the frame.

The digital terrestrial provider in question, however, is not happy.

Arqiva has distributed the following statement from Charles Constable, Chair of Freeview, that alleges that Ofcom has not made the case for the spectrum being taken away from TV. New HD services could be deployed in the spectrum, he said, rather than mobile broadband.

“Freeview is the Nation’s most popular way to watch television so Ofcom’s clear long term commitment to the platform is welcome. Furthermore, there is a real opportunity for Ofcom to demonstrate that commitment by allocating spectrum in the immediate future for HD servicesin accordance with the proposals from the BBC, Channel 4 and Arqiva. However Ofcom has still yet to make the case to justify today’s proposed long term changes to allocate more future spectrum to mobile use, especially given the disruption they will cause to Freeview viewers.

Despite its enduring popularity, television has been the poor relation in terms of spectrum allocation for the development of new services. Making this unused spectrum available will further enhance the HD channels offered on Freeview, giving something back to millions of viewers and encouraging a new era of HD content.”