Automation, assurance, AI, transporter beams and driving on the moon 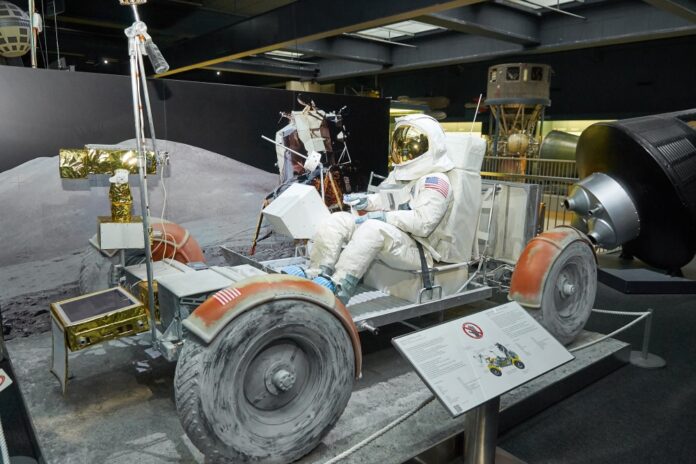 BT’s Neil J. McRae explains why network assurance and automation are telcos’ “shield” – and that vendors are years late to the party.

Neil McRae, MD Architecture and Strategy, BT Group Chief Architect, is famously open, outspoken and passionate in his views, in this instance on network automation and assurance. He is mad about technology, but always only because of what it can deliver, for instance, he says, “The difference between the non-AI world and the AI world is like someone invented the transporter beam. It’s just mind-boggling different.”

Less than zero to hero

Here’s an instance of that difference. BT has a partnership with NetBrain which runs its AIOps platform. McRae says, “We have a very large customer in the UK, that unfortunately I can’t name, who went an NPS score of -50 to +45 in the space of a week. This is because we deployed AIOps on their network [supplied by BT] and we were able to tell them what was going on before they knew about it.

“Their CIO gets a dashboard from us every day and they have hundreds, if not thousands, of branches across the UK, and they get a status report on all of them.” This also means that if one of the firm’s apps fails, BT can say with certainty that it’s not a network issue. Obviously this is good from BT’s point of view as operators’ networks are often blamed for things they are not responsible for, but it’s also helps the customer to identify and fix the problem faster.

“Our industry needs to get ready for the difference and the opportunity [AI and automation] give us now. Previously this customer was moving away from BT, now we’re selling to them like hotcakes. In a world where telcos need more revenue, that’s the sort of answer that we need.”

Vendors in the Dark Ages

He is exasperated by the lack of progress by vendors regarding automation. “One of the biggest issues is the network vendors are so far behind our thinking. That’s a big barrier. We’re working with a couple of network suppliers and they’re in the Dark Ages compared to what network operators want”, says McRae.

And what do operators want? He says, “Simple things like an automation platform…Some of the suppliers out there think like a cloud provider, rather than like a telco. We need things like high availability and open config[uration], to be able to create APIs from the tool, to run it on any sort of infrastructure, to do one-touch provisioning and new service chaining.”

He says BT is building more in-house than it would like to due to the lack of solutions that meet its needs on the market now.

Vendors say the challenge is that there are just so many networks and technologies within a telco’s infrastructure and deployments are not standardised across operators, so it’s never just a case for vendors of repeating/scaling what they’ve done elsewhere. It is also hard to get sufficient visibility into the infrastructure; the domains are so different that correlating the information across them becomes a mammoth task.

McRae is unmoved by these arguments. He states, “Imagine I was building a brand new network, no legacy. I phone up my vendor and say, ‘I’d like a brand new network and I want to automate it’ because no-one’s going to build a new network today that is not automated. That’s crazy talk.”

He claims the vendor would be excited about selling him “50 boxes”, but “What’s important is being able to deliver on-demand services to customers… to give customers a feeling that we are as responsive as the cloud players before they overtake us, and own this whole space in the future.”

McRae states, “Right now, very few of the leading network suppliers have that capability…and I find that incredible. It’s not like we haven’t expected to need automation for at least the last five years. In fact, the first time I talked about automation was in 2012 at the Olympics.” BT ran the network for the London Games and McRae realised that networks that poll every 15 minutes aren’t fit for purpose when Usain Bolt’s 100 meter sprint lasts less than 10 seconds. He adds, “We needed something different. Fast forward 10 years and where are we? No better. It’s still, ‘I’ll still sell you a box’.”

Some vendors point out that not all operators are as enthusiastic in their desire for automation as BT and are nervous about letting go of manual control. As AI plays a bigger role in automation, some have concerns about explainability – understanding what increasingly sophisticated algorithms do in complex sets of circumstances.

“When you’re an operator, what keeps us awake is breaking something. If we don’t understand how things work, we’re naturally sceptical…but the tide’s coming in, and it’s the biggest tidal wave ever. Our networks are so complex that if we don’t automate, that risk is bigger,” McRae responds.

“We’ve got network slicing, all the control traffic for Open RAN, segment routing, we’ve got SRv6 [segment routing + IPv6], we’ve got all these new things come into the network to make network [part] of people’s lives more and more and more. If we don’t turn around and face into this – this thing that’s coming with automation as our shield – we are in trouble.”

In his view, “It’s all about the maturity level – all it takes is for one 0 to be replaced with an O and the whole network falls over… so it’s only right and expected that there’s a maturity cycle. But at some point…we must move up the chain of things. We’re only being alerted at the customer levels.

“All I want is that I can phone the CIO of X bank and say, ‘Look, our automated system told us we’ve got a problem…All your ATMs are fine, but if anyone comes into your bank to transact, that might be a problem.’ I want to be able to go to that level of business process driven from network automation.

“I’m going to map my customers’ processes over their network – the network they buy from us – to give that value-add. That’s where the automation kicks in to do some rerouting or whatever, and it might not be able to get customers back to 100% process straight away, but 90%…Let’s be clear: humans cannot do that.”

Open configuration is the answer

A leading vendor acknowledged that it and its rivals lack the tools to do this because of their approach – which can be crudely summed up as “Does this router/or whatever work?”. It checks links, devices and ports to deduce what service experience is like for customers at any given point. The trouble is, service is an holistic thing, not a series of snapshots. Customers don’t care about where or how a service fails, they just want end-to-end service assurance which means close to real-time processing of more information than ever before. This has created a whole new set of problems for vendors.

McRae isn’t sympathetic: “They can say it’s hard, but ultimately, it’s all IP and they all carry packets from one place to another, and there’s more that’s the same about them than there is that’s different. And I think we have to focus on the more that’s the same. If they were all different, how would I be able to talk to you over Zoom?

“We’ve been pushing open config for eight years now. Eight years…between us and Google and internally, it is the same. I can talk to Google about a model and we know it’s the same. Where are the vendors on implementing open config? The only two guy that have done a great job of it are Nokia and Juniper [Networks].

“The rest of the industry still thinks that SNMP [simple network management protocol] is an acceptable way to manage network devices…When someone says, ‘It’s because they’re all different’, it’s because we’re looking at it through the lens of the 70s, as opposed to today.”

To his mind, 90% of devices and so on are the same, and that’s what the industry should solve. McRae says, “Then the 10% will be looking for cover, because we’ll have this 90% beautifully made. If we have the view that it’s hard, and it’s difficult and everyone’s different, I think we’ve just give up now…There’s a picture of Apollo 17 with two guys in a car driving on the moon in my office [car pictured above on shown in a museum]. That’s difficult. What we’re doing here is really easy and we should be ashamed of ourselves for not automating more.”

DT and Google Cloud partner to bring about network transformation