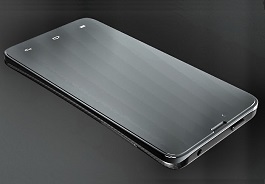 The security-centric Blackphone will soon receive a major update to its PrivatOS operating system alongside a new app store featuring privacy-focused applications.

The Blackphone app store will only promote applications considered by its creators as the most secure and privacy-optimised on the market. A number of new pre-loaded apps will also be made available when the PrivatOS 1.1 update lands in early 2015.

Meanwhile, the new ‘Spaces’ feature will allow users to create self-contained spaces for apps, data and account information on a single device, letting them create separate work and personal profiles where different apps and information can reside securely.

The feature will also allow parents to set up “kid-friendly” profiles for children, where access to apps can be pre-configured or limited by an adult.

A default ‘Silent Space’ will come pre-loaded with the OS update, featuring apps for encrypted communication and other privacy services in addition to the new app store. From there, users can create additional Spaces as they see fit, Blackphone explained.

Toby Weir-Jones, CEO of Blackphone, commented: “The addition of Spaces and the Blackphone app store is the most significant update to PrivatOS since its inception and is a real game changer for the brand, further highlighting our commitment to placing privacy back into the hands of the user.”

Spaces is developed by Graphite Software, which develops security-driven solutions for Android users that allow them to use apps and services without compromising personal credentials.

Commenting on its collaboration with Blackphone, Alec Main, CEO of Graphite Software, said: “Blackphone is the only device that places privacy above everything else. The combination of Graphite’s Secure Spaces as part of Blackphone’s PrivatOS gives consumers the ability of a rich app experience and converged corporate device, while staying in control of their personal information.”

Device security a victim of its own success after Apple threats