More
HomeNewsChristmas and New Year news round up
News

Christmas and New Year news round up 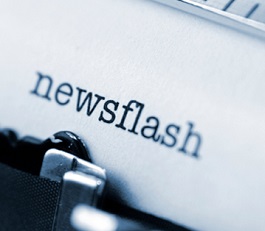 Mobile Europe brings you the main news highlights from the festive period to kick off 2014, featuring network, device, M2M and 5G technology.

“Newfield Wireless’s RAN optimization products, services and expertise will combine with our own solutions to benefit service providers in two ways. One is the ability to assure customer experience across the entire mobile network down to the geolocated device,” commented Lyn Cantor, President, Tektronix Communications.

“The other is an enhanced ability to provide new value-add data feeds into numerous departments – from operations to customer care to business audiences at any given service provider.”

“Analyser ensures an effective roll out of an LTE Advanced service from day one addressing the increasing demands for capacity and quality of service that subscribers expect from their operator,” commented Neil Coleman, Global Marketing Director at Actix.

“There has been some debate whether LTE Cat 4 maximum data throughput rates can actually be measured with existing wireless network testing systems due to limitations in the user equipment processing power. This [testing] clearly demonstrates that maximum peak data rates can be reached,” commented Kai Ojala, CTO of Anite’s Network Testing business.

Corning, one of the suppliers of Gorilla Glass found in Apple’s iPhone, iPad and iPod, announced “the manufacturing readiness” of 3D-Shaped Gorilla Glass.

Corning’s 3D-forming technology uses Gorilla Glass of uniform thickness, which it said would help designers to introduce thinner and lighter devices and leverage the emergence of conformable displays for mobile and wearable applications.

BlackBerry announced it is suing Typo Products after alleging it copied designs for a keyboard case.

The European Commission said that mobile phone manufacturers will have to provide a standard battery charger that can fit any device, including smartphones, in the future.

The common charger is part of a provisional deal on radio equipment rules struck by MEPs and the Lithuanian Presidency of the Council of Ministers.

Hyundai Motors revealed that the owners of its new Genesis sedan would be able to use Google’s Glass for “pre-drive” operations such as remote starts and route planning as automakers add more technology to lure buyers.

Hyundai will offer an application designed for Glass and other “wearable” electronic devices starting with the 2015 Genesis, South Korea’s largest automaker said yesterday in a statement. The feature is an extension of Hyundai’s current Blue Link in-car system that provides diagnostic and maintenance services, the Seoul-based company said.

The GSMA announced the publication of its specification to enable the remote “over the air” provisioning and management of Embedded SIMs in M2M devices.

The specification allows mobile network operators to provide scalable, reliable and secure connectivity for M2M connected devices, according to the industry body.

Further, the industry-standard Embedded SIM eliminates the need for each operator to develop their own technical solution for the remote provisioning of their SIMs and also facilitates operator switching if required at the end of a contract.

First deployments of the GSMA-compliant Embedded SIM solution are expected to roll out in 2014.

The 5G PPP said it will address the novel infrastructure requirements that will be needed to cater for these challenging and unprecedented growth and performance characteristics with a specific attention to energy efficiency.

“This is an important milestone towards an industry-wide agreement on use cases, requirements and technologies for 5G,” said Dr. Werner Mohr, head of research alliances, NSN, who will chair the 5G PPP Association.

Infonetics predicted that the outdoor small cell backhaul equipment is expected to reach critical mass in 2015.

The growth would be driven largely by mobile operators’ need to enhance saturated macrocellular networks in urban, high-traffic areas and improve the mobile broadband experience.

Outdoor small cell backhaul connections are expected to reach 656,000 in 2017, led by Asia-Pacific.

Today, however, it’s all about SON. Eighty seven percent of operators participating in Infonetics’ survey have deployed SON in their networks, up 27 percent from a year ago.

“Mobile operators know they need to keep network operating expenses under control, and they’re placing a big bet on SON while acknowledging the complexity of and their unease with automation that minimizes human intervention and maximizes computerization,” said Stéphane Téral, principal analyst for mobile infrastructure and carrier economics at Infonetics.

Meanwhile, the Global mobile Suppliers Association revealed that 251 LTE networks in 93 countries are now commercially launched. The number of countries with LTE service grew by 45 percent in 2013, with LTE introduced to 29 new countries.

Ensure you don’t miss out on any future Mobile Europe news. Click here to sign up to receive our free e-newsletter.