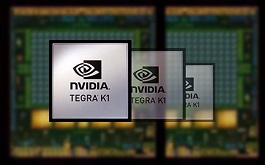 Nvidia has unveiled its latest flagship chip, the 192-core Tegra K1, which includes the first processor to bring advanced computational capabilities to mobile.

Described by the US-based manufacturer as a “super chip” that can bridge the gap between mobile computing and supercomputing, the Tegra K1 is based on the firm’s Kepler architecture.

It is the first processor to bring advanced computational capabilities to mobile – leveraging its advanced GPU to deliver a “superfast” mobile experience.

It is also the first mobile processor to support NVIDIA CUDA, which according to the firm is the world’s “most pervasive” parallel computing platform.

The chipmaker is offering the product in two versions: the first is a 32-bit quad-core ARM Cortex A15 processor, which is similar to the Tegra 4 chip it is replacing; the second is a custom 64-bit dual-core “Denver” ARM CPU, the first CPU Nvidia has ever developed, which puts Nvidia firmly in the same camp as Intel.

The A15 version has a max speed of 2.3GHz, while the Denver version clocks in at 2.5GHz. The former is expected to hit devices in the first half of this year, while the latter will hit in the second half.

“Over the past two decades, NVIDIA invented the GPU and has developed more graphics technologies than any other company,” said Jen-Hsun Huang, co-founder and CEO of NVIDIA.

“With Tegra K1, we’re bringing that heritage to mobile. It bridges the gap for developers, who can now build next-gen games and apps that will run on any device.”

Tegra K1 is designed for 4K televisions, consoles and cars as well as for smartphones and tablets. According to Nvidia, it can match the performance of the Playstation 4 and Xbox One games consoles.

The chip was launched at the consumer electronics show (CES) in the US.