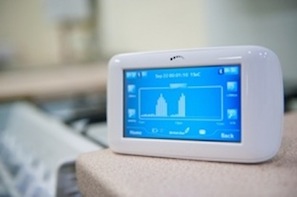 Sweden-based firm Connode has announced it is supplying Telefónica UK with wireless mesh technology as part of the operator’s new smart meter offering.

Last week, Telefónica was selected as the preferred communications service provider for two out of three lots in the UK’s smart meter tender.

The operator’s proposed solution is based on O2’s cellular network backed up by wireless mesh technology to connect meters in areas without cellular coverage.

Connode is the sole supplier of the wireless mesh technology, which is based on the company’s Connode 4 software platform.

This features an IPv6-based software architecture and is based on open standards for M2M applications in general and smart energy deployments in particular, according to a statement.

A narrowband mesh software client will run in the residential Communications Hub as a complement to the cellular network, while Connode server software will be integrated in Telefónica’s Smart M2M architecture.

The 6LoWPAN-based mesh will connect “a significant part” of the smart meters in the UK, the company said.

Michael Westberg, Head of Sales and Marketing at Connode, claimed the cellular/IP-mesh combination was “a key factor” in winning the deal from the Department of Energy and Climate Control.

“Moreover, this is the most likely architecture in other M2M deployments going forward. This view is based on extensive discussions with major telcos both in Europe and elsewhere,” he said via email.

Connode said it has helped to deploy 650,000 smart meters to customers in across Europe since 2006.