More
HomeNewsThis is the most exciting time to be in telecoms – seize...
News 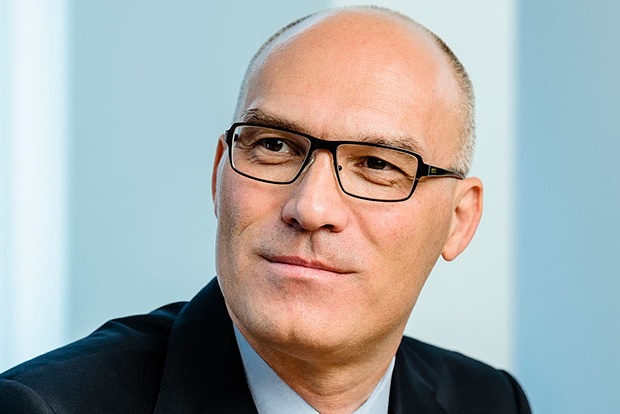 Johan Wibergh won Group CTO of the Year Award 2018: here he explains why he’s so committed to telecoms. Got a minute? This year it could be you or someone you nominate.

Johan Wibergh, Group CTO, is leading Vodafone on an ongoing journey of transformation and innovation and ensuring it is best placed to make sure 5G thrives rather than fails. First of all I do work too much,” Wibergh laughs towards the end of our interview.

Maybe so given his tech responsibility for some 500+ million customers, but then he lists his hobbies, spanning photography, food and fitness, coupled with several book recommendations (especially Matthew Walker’s Why We Sleep, if you are in need of your next read).

Even while the books are usually consumed in the audio format rather than paperback, it does beg the question of where he can fit in his Group CTO duties. It seems clear that he relishes the challenge, set hours of the day be damned.

Wibergh made the jump to Vodafone from Ericsson three years ago, where he had spent almost two decades. Why make that change after so long? Nice company car? Excellent salary? “I don’t have a car,” he laughs, perhaps partly answering the question.

He adds: “I did 19 years at Ericsson and the last six and a half was as head of the networks business. It was more than 50% of the company’s revenue. When you have done something for six and a half years, you start to think ‘what’s next?’. There wasn’t probably a next step for me at Ericsson. I lived abroad twice and I wasn’t done with that. [I thought] it would be nice to live abroad again.”

Living abroad previously meant Brazil and the United States. This time around it’s brought him to Marylebone, central London, where he walks to Vodafone’s nearby offices in Paddington each day. He says: “I’ve been extremely pleased to move here. I really enjoy London. First of all I think it’s a very beautiful city, the architecture is so nice. English people are extremely friendly and it’s very easy…to like it.”

It’s not quite poacher turns gamekeeper but the shift from vendor to operator requires a change in mindset. Wibergh says both companies have more things in common than are different but says Vodafone’s culture, led until this October by Vittorio Colao, is what stands out as a differentiator.

He says: “There is a lot of speed of acting, understanding something then acting on it quickly. Another thing is a very good culture in Vodafone about really knowing your things. People are extremely knowledgeable and Vittorio has really trained up the organisation. If you go to Vittorio with something you know he will ask you five million questions. You better make sure you have the answers. Management is really on top of things and knows the details.”

For cynics perhaps viewing this as veiled criticism of his former employer, Wibergh is quick to stress that he was outlining the positives of his current one. How this will change when Nick Read swaps his Chief Financial Officer role for Group CEO remains to be seen…

Read the rest of this interview, originally published in September 2018.