More
HomeNewsEE turns on 800MHz, calls out rivals for clarity over coverage
News

EE turns on 800MHz, calls out rivals for clarity over coverage 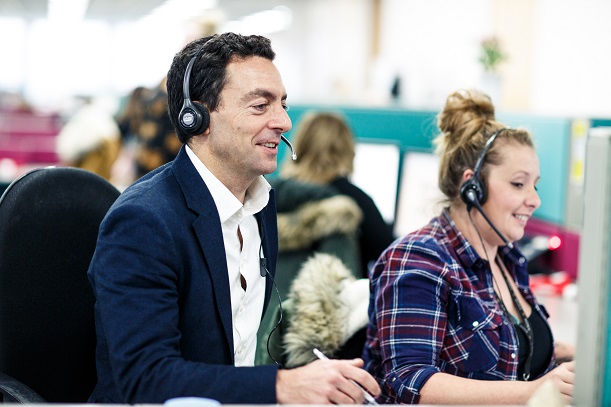 EE has switched on its 800MHz spectrum holding in the UK to cover 5,000 square kilometres of LTE not spots, as it called on rivals to start reporting network coverage in geographical terms rather than population.

The operator said indoor signal has now been improved in half a million homes across parts of Shropshire, Somerset, Snowdonia, Oban, Glasgow, Berkshire and Derbyshire.

It said a further 3,000 sites will be bolstered by low frequency spectrum before the end of this year.

The operator has also called on rivals and regulators to begin giving coverage figures based on geographical terms, after describing the population metric as “outdated” back in April.

EE said it offers LTE to three quarters of the UK’s landmass, with the target to increase this to 95 percent by 2020. It will begin reporting coverage in population terms from January next year.

EE CEO Marc Allera [pictured] said: “Today, people think they will get mobile coverage absolutely everywhere, because as an industry we’ve talked about coverage with confusing population metrics, and language that sets the wrong expectations. Too often, the customer experience has been very different from the marketing. That has to stop.”

EE had previously been offering LTE on its 1800MHz holding, while its three rivals have been offering 4G on 800MHz since the technology was first introduced to the UK following Ofcom’s 2013 spectrum auction.

In a survey to coincide with this “Clear on Coverage” campaign, EE said half of the UK’s consumers expect to have mobile coverage in all parts of the UK, based on operators telling them they offer 99 percent population coverage. Rural areas were deemed those with the worst coverage.

Sarah Lee, Head of Policy at campaign group Countryside Alliance said: “I am glad that EE recognises that the lack of clear information for consumers has been a particular problem in rural areas. We believe that the move towards reporting all coverage in geographic terms by January 2017 is a step in the right direction and has the potential to offer significant benefits to rural consumers.”

Scott Stonham, General Manager of Europe at RootMetrics, welcomed EE’s move. He said: “With a variety of testing methods currently in place, consumers are often making decisions on data that doesn’t provide an accurate representation of real-life usage. Relying on crowd collected data in isolation, for instance, to build a nationwide picture of mobile performance can lead to statistical uncertainty and bias.”

Vodafone has been the only one of EE’s rivals to respond to its statement this morning. While it did not say whether it backed EE’s call for landmass coverage to be the norm, it said it has been calling for “a common industry approach” to network coverage reports since 2014. It said it offers LTE coverage to 67 percent of the UK’s landmass.