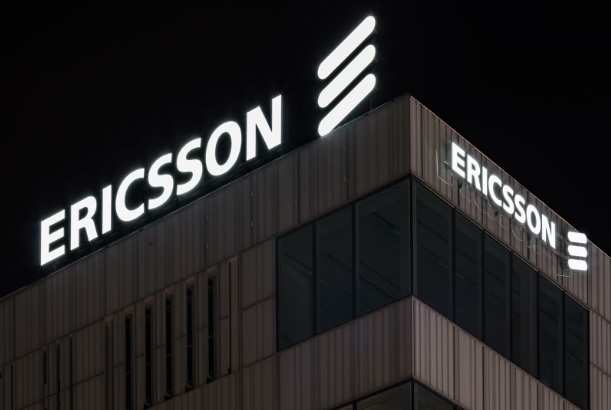 New 5G RAN commercial software based on the 3GPP 5G New Radio standards agreed upon in December will launch in the fourth quarter of this year, supporting new frequency bands as they are made available. This software supports Ericsson’s existing baseband and 5G radio products.

According to Daniel Staub, Head of Joint Mobile Group at Swisscom, the releases mean his company can launch 5G services “more efficiently… significantly boosting the long-term value of our network assets”.

Joakim Sorelius, Ericsson’s Head of Product Area Network Systems, tells Mobile Europe that the launches amount to a “comprehensive” portfolio of products for those wishing to run ahead with 5G. He says: “It’s extremely important for operators to address traffic increases. Investing now is futureproofing your network.” He argues the economic benefits are clear, claiming cost per bit will be reduced if an operator runs 5G alongside LTE.

Ericsson’s play is familiar to anyone tracking the evolution of LTE to 5G. But it hides the wider picture. Operators have increasingly got anxious about 5G’s value. BT’s Gavin Patterson has been the highest profile sceptic to date but even CTOs such as Deutsche Telekom’s Bruno Jacobfeuerborn or Vodafone’s Johan Wibergh have expressed a degree of concern, albeit to a less fraught extent.

A report this week from Rethink Technology Research gave a gloomy prognosis for the financial benefits of 5G. It said: “5G will follow a very different pattern to that of 3G and 4G in terms of architecture and regional patterns. It will not be a capex windfall for the vendors – operators will prioritise coexistence with 4G and architecture to prolong the life of existing investments.

“There will be heavier reliance on outsourcing and on open platforms to reduce cost and transfer cost further than ever from capex into opex. Operators will spread their investment over a decade and will look to spend as little as half the capex on 5G roll-out that they did on 4G.”

Grim reading but Ericsson is staying positive, as one might expect. Häglund suggests the industry has been here before, and recently, when it comes to making the case for network transformation. He says virtualisation specialists had similar obstacles to overcome in ensuring its benefits were sold in the right way. “There was some hesitation from a few operators about going ahead with it but this is a really mainstream technology now, whether it’s Telefónica, Swisscom, Telstra or Vodafone,” he explains. “I don’t see hesitation here [with 5G].”

However, virtualisation has not been an easy ride either. Telefónica’s UNICA virtualisation project has been given the heady task of ensuring the operator’s survival by one of its owns executives, and Deutsche Telekom has talked about how the transformation has required “bloody difficult” work.

Sorelius accepts operators face a trade off between the technology benefits of introducing new hardware and software and the financial benefits of holding fire and not splashing cash. He says it’s a discussion the vendor has with operators “every day”. He adds: “It’s a natural discussion, a healthy one and that helps us.”

However, the thirst for being first doesn’t necessarily apply to Europe, which is more cautious than Asia or the United States. Sorelius notes that the continent’s unique characteristics present “a major challenge” for vendors wanting operators to deploy technology at scale.

He says: “When it comes to launches, spectrum will be the key enabler. Europe has been a little fragmented in making spectrum available. Each country’s regulator is aware that they need to make that available.”

Europe will be the centre of the telecoms industry in a few weeks at Barcelona’s Mobile World Congress. Both Sorelius and Häglund repeatedly stress with me the economic benefits of 5G, how operators will reduce costs, increase flexibility and open doors to new kinds of products and services. The show will be an indicator of whether the benefits of next generation technology are being truly heard.