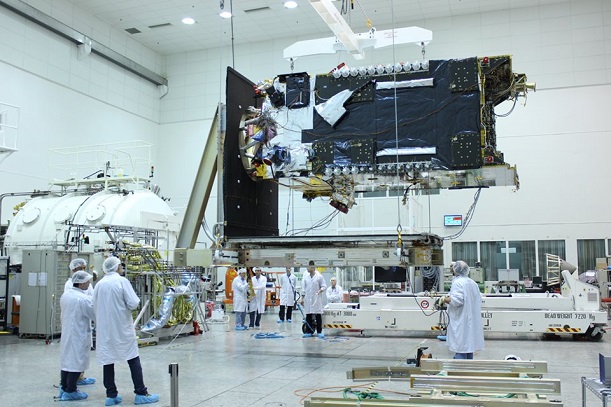 Facebook will launch its first satellite by the end of next year, teaming up with Eutelsat to use Ka-band technology to bring parts of sub-Saharan Africa online.

Both companies will work with satellite provider Spacecom to build dedicated capacity, gateways and terminals, as well as an AMOS-6 satellite.

Eutelsat already uses Ku-band satellites to bring enterprises online across Africa. The company said it would set up a dedicated office in London for its African broadband business.

The satellite will strengthen Facebook’s internet.org initiative, which offers a range of different internet services to customers for free through a dedicated app.

Since launching in Zambia in 2014, Facebook has now signed up more than 12 operators across 17 countries. It has previously said more than one billion people can sign up to it. Facebook is also exploring the potential of drones to bring people in remote areas online, as is Google.

On a Facebook post, the social network’s CEO Mark Zuckerberg said: “To connect people living in remote regions, traditional connectivity infrastructure is often difficult and inefficient, so we need to invent new technologies.”

He added: “This is just one of the innovations we’re working on to achieve our mission with Internet.org. Connectivity changes lives and communities. We’re going to keep working to connect the entire world — even if that means looking beyond our planet.”