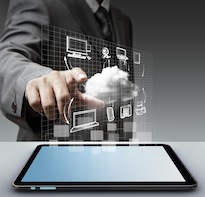 The European Telecommunications Standards Institute (ETSI) has published the first five specifications on Network Functions Virtualisation (NFV), in a major milestone designed to simplify the roll-out of new network services, reduce deployment and operational costs, and encourage innovation.
The five published documents identify an agreed framework and terminology for NFV, which will help the telecoms industry to work towards fully inoperable NFV solutions and facilitate global economies of scale.
The specifications were produced in less than 10 months by the ETSI’s Industry Specification Group for NFV (NFV ISG), in collaboration with the IT and network industries to achieve a consistent approach and common architecture for the hardware and software infrastructure needed to support virtualised network functions.
The five documents include four ETSI Group Specifications (GSs) designed to align understanding about NFV across the industry, including NFV use cases, requirements, the architectural framework, and terminology.
Finally, the fifth GS defines a framework for co-ordinating and promoting public demonstrations of Proof of Concept (PoC) platforms illustrating key aspects of NFV, to encourage the development of an open ecosystem by integrating components from different players.
“These publications provide important guidance to the industry on the requirements that should be the basis for future development of NFV technology. ETSI’s openness to all players means that we have been able to involve everyone and reach a broad consensus. The documents, and the PoC framework in particular, send a strong message that we want to encourage multi-party interoperability and the growth of an open ecosystem,” said Dr Prodip Sen of Verizon Communications, who is Chairman of ETSI’s NFV ISG.
“We have been especially concerned not to impede progress with a protracted standardisation effort in NFV ISG. As a result, these initial specifications have been developed in record time – under 10 months of intensive work. This is a major achievement for the industry. We hope to maintain this momentum and produce additional guidance soon.
“We challenge the industry to work with us to get NFV and related technologies into the mainstream of the networking industry, and to make them the mainstay of service provider networks.”
Read more
Why NFV is going to shake up the networking space?
Telefónica and China Unicom agree joint NFV strategy
Alcatel-Lucent forms open CloudBand community adopting NFV technology
Have you voted for your European Operator CTO of the Year? Click here to vote.
Share
Facebook
Twitter
Linkedin
Pinterest
WhatsApp
Previous articleVivendi SFR successfully completes LTE-Advanced tests
Next articleAdax launches industry first diameter signalling router on a card