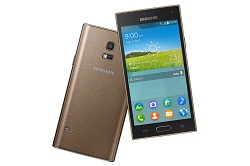 The Tizen Developer Conference started with a bang yesterday with the long awaited announcement of Samsung's first smartphone running the OS.

Samsung's involvement with the Tizen Foundation was seen as a means of carving out differentiation for itself. The world's number one handset manufacturer builds record breaking smartphones, but the majority of them are reliant on Google's Android operating system.

However, the launch of the Samsung Z, with Russia the debut market for the phone when it goes on sale in the autumn, is just one piece of a much bigger picture. Brian Warner, Director of Projects at the Linux Foundation, says it would be misguided to solely look at Tizen as a smartphone operating system.

He says the diversity of the conference, which kicked off yesterday (2 June) in San Francisco, shows the potential of the OS. Discussions include the likes of how Tizen can work across smart televisions, connected cars, wearables and robotics. Warner says: "For app development, it's much richer than last year. Last year was just 'mobile, mobile mobile'."

He adds: "This year it is broader because people realise this is not just about Tizen vs Android vs iOS. It's equally about using Tizen as a standard platform for producing devices where people don't care what the operating system is. If you look at a camera, [consumers] don't care what the OS is, they want to take great photos of their kids. Or with televisions, it's how quickly it turns on."

Warner says the open source operating system has been designed to be used across multiple devices. He says because anything with a screen needs an operating system, Tizen could work across a range of devices, with updates and bug fixes easily rolled out to televisions as much as smartphones. He says: "It's designed to be very lean and efficient. The software stack is around two to three years old so you don't have to overload it with a load of power or memory hungry components if you put it onto a device."

He says the display environment for the operating system is scalable, meaning it can be used to write an OS for tiny feature phones right up to high-end televisions. He says: "When you look at the design of the stack, there's a big focus on power consumption. "

While Warner argues that talking about an OS war is missing the point, he cannot resist taking a dig at Android. He says the Google OS "has its place and has done very well for itself", but adds, unlike Tizen, that it requires a Java virtual machine, which has high demands on the memory of a device.

He says how this works in practice is in Samsung's Galaxy Gear smartwatch, which swapped out Android for Tizen when it was building the second device in the range. He said: "Aside from the cosmetic differences, it's got a much better battery life and feels much snappier. What's changed? The software. One of the main things that makes Tizen unique is there's a lot more flexibility in how it can be put together."

Warner is nonplussed about Tizen's relatively late entry into the OS arena, which has left analysts downbeat about how successful it actually can be. Nick Dillon, Senior Analyst at Ovum, says: “Anyone trying to make in-roads in the smartphone OS has their work cut out. That’s a tough game because the market has been pretty much sewn up.”

However, the Tizen director says the next year should see a welter of products that were discussed at this year's conference come to the fore that will run the operating system, not just smartphones. He says: "I anticipate there will be more of the same but perhaps more white goods running Tizen. We want to continue with the strategy of Tizen where you would never actually think about the operating system but it is the thing sitting on the product."

Ovum’s Dillon says this might be a smarter move, although he warns that given how popular Samsung is in the consumer electronics space, other companies may not want to use an operating system that is associated with its rival. Nevertheless, if Tizen is as serious as Warner suggests, Dillon says the market is up for grabs.

“There is no clear dominant player. It’s fairly wide. If Tizen gets enough momentum and gets other device manufacturers on board, it could become the defacto OS. It’s not as big an opportunity as smartphones, but companies have more of a chance of making inroads.”