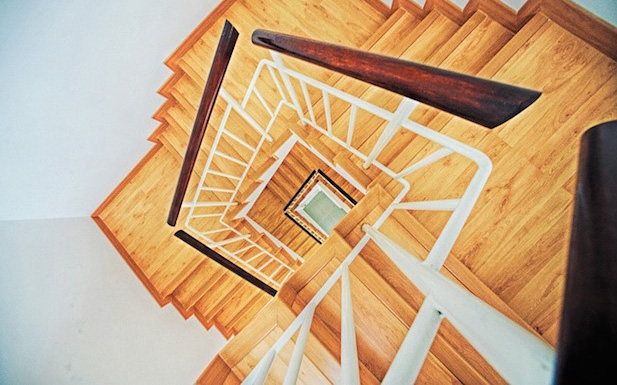 Legendary baseball coach Yogi Berra's famous quote that 'it's deja vu all over again' springs to mind when considering the European small cell market. Every year we are on the cusp of growth. It doesn't transpire and 12 months later the same predictions emerge.

Consider the latest issue of Mobile Europe, which published its annual Insight Report into the small cells market. When asked to predict whether anything will change over the next 12 months, Chris Nicoll, Principal Analyst at Analysys Mason pithily said: "Will it be radically different? No."

That's not to say the wider market isn't in good shape. Driven by deployments in Asia and North America, small cells will experience a predicted 41 percent CAGR between now and 2020 when the market will be worth a none too shabby $6 billion. But it is unknown how much of that growth will come from Europe. The Small Cell Forum declines to say.

Alan Law, Chairman of the forum, says LTE deployments are to blame for the discrepancy between the different continental markets. "Asia and North America are pushing hard primarily because they started LTE early. Both markets have a degree of maturity ahead of that of Europe," he tells Mobile Europe.

"Because LTE has launched a little bit later [in Europe] the pressure is slightly less. Everybody is aware that we need to have small cells at the forefront of how we address future needs of our customers."

As this week's SCWS World heard, the problems facing the market remain the same, whether it's backhaul, site acquisition, cost, complexity of deployment or LTE-Advanced filling the gaps.

This led to the somewhat bizarre interlude of O2 UK CTO Brendan O'Reilly being asked to outline what was stopping him deploying the technology and him replying that vendors are well aware of its concerns.

Given the strength of the North America and Asian markets, does Europe even matter? Stephan Daeuble, Head of Smalls and HetNet Product Marketing at Nokia, thinks it does and is optimistic about the continent becoming a key player.

As well he might, a cynic might add, but he cites the UK, Germany and Italy as markets with capacity problems, although declines to single out those operators in trouble.

He says: "Looking at spectrum ownership in the UK, some of them are running into trouble. Those guys are seriously looking into deployments.

“In markets where there are three operators there is more time before you start to deploy small cells for capacity reasons. Nevertheless, indoors remains a problem. In markets like Germany and Italy, some operators have got the short end of the stick with only 10MHz allocated for LTE."

According to Daeuble, the problems regarding indoor coverage are not going to go away and the emergence of tech such as Wi-Fi calling does not deliver an adequate quality of service compared to a small cell boosted cellular network.

Encouragingly for Nokia and others, Vodafone's Matt Beal says small cells are vital to connect the forthcoming "gigabit society". The operator's Director of Innovation and Architecture, explains: "5G will be the first connection type where the majority of connections will not be human. This will have huge implications and not just in the RAN. One area that this will affect is that we need to see changes in site deployment models."

He describes 5G as "small cell world", music to the ears of vendors, but he warns that operators could be hindered by adequate spectrum supply. "No matter how great the modulation or quality of the RAN, without spectrum we will not have anywhere near the capacity that we will need," he says.

Another area was fibre access, an area touched upon by O2's O'Reilly. Beal says: "You can't get anywhere with copper...If you don't have fibre access at the last point we won't get into the GB world."

Vendors are hoping the constant predictions of "next year will be our year" within Europe bear fruit. Art King, Director of Enterprise at SpiderCloud, argues that operators need a change in culture to reflect the market that is to come, and not just respond to what has just happened.

Even if the challenges facing deployment in Europe endure, Law is optimistic about future growth. He says another push factor could come from governments keen to push its citizens into the Internet of Things: "There are a lot of initiatives about the importance of digitisation and society benefits of having the right degree of connectivity."

At one point during the interview, he issued the dreaded phrase of the market being "at the point" of seeing growth in Europe. This world of jam tomorrow has not come to fruition in spite of numerous predictions in recent years.

If it is to happen, the Forum will need more operators like Vodafone, and more vendors willing to adapt to the needs of operators like O2. As Beal says: "We absolutely need to have a HetNet approach to 5G and we can't afford to wait. We need to perfect it on LTE and LTE-Advanced. The reason for this is to serve the [future] marketplace."

Another year will pass before we can assess whether the market has sufficiently moved to help operators or existing tech like LTE-Advanced continues to keep small cells' strong growth outside of Europe's borders.