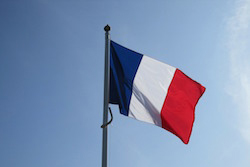 A consortium of French telcos has launched a $5 million (€4.57 million) project to research the next generation of LTE broadcast.

The technology, evolved Multimedia Broadcast Multicast Services, has been deployed by operators in recent years to avoid overloading networks in built up areas, particularly sports stadiums.

The new project, which is called Multimedia for 4G Evolution (M44G Evo), will aim to design a new model of LTE broadcast, which it is hoped will widen its capacity and increase the number of global deployments.

Orange is taking part in the project through its Expway subsidiary, along with Viaccess-Orca, Sequans, Telecom ParisTech, Sagemcom and Archos. The consortium said the mix of operators, DRM providers, developers and chipset and device makers will help encompass the full value chain of the technology.

The project is being supported by the French Tech Hub in Silicon Valley.

According to the most recent research from the GSA, more than 19 operators have launched or are trialling LTE broadcast technology. The organisation said by 2017, video will account for between 66 and 70 percent of all traffic, which will increase demand for the technology.

Claude Seyrat, Expway’s Chief Marketing Officer, commented: “The objective of this project is to go way beyond what is already deployed in the marketplace today. All the players are already leaders in the first wave of LTE Multicast deployment and have been participating to major trials worldwide.