Getting NFV into the network is the tech’s greatest challenge, TM Forum hears 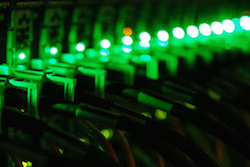 Network functions virtualisation is turning into somewhat of a Holy Grail for the telecoms industry.

While it promises operators lower costs, quicker rollout times and direct resources more efficiently throughout their networks, the biggest hurdle operators face is the step most fundamental to reaping its benefits: actually getting the technology into networks to begin with.

Chris Bilton, Director of Research & Technology for BT, drew comparisons to the medical world when attempting to convey the considerable task of implementing VNFs within networks.

Speaking at the TM Forum Live event in France last week, Bilton explained: “You can’t stop a network. You have to do the equivalent of open-heart surgery, i.e. providing the capability of upgrading the network while it’s running.

“Then there’s the modularity and what goes where. VNFs require you to create templates, create instances, manage and remove them, coordinate the resources, thought correlation…this is not a trivial exercise, at all.”

Echoing a mantra repeated by telco delegates throughout year’s event, Bilton suggested industry collaboration would prove the most effective route to NFV success.

Although he never broached the subject directly, Bilton said at one point: “You need modular and well-defined architectures, interfaces and processes. More than one operational model may exist, but they should use the same architecture. The trick is working together to make that happen.”

He described orchestration as the “cornerstone to keep the promise of NFV” but warned that, while enabling technologies for initial distribution were ready, the maturity of orchestration solutions remained uncertain.

“There is nothing that can be taken and put as it is into our network, because we need to be able integrate it into our environment,” he concluded.

Chatras said: “On top of technology challenges, there is the need to avoid fragmentation of NFV specification standardisation: how to make sure all of these [standards] organisations complement each other and don’t create dominant, specific NFV flavours.”

The solution, according Chatras, Brunner and Licciardi, is to merge telco and IT competencies while maintaining the core characteristics that telecoms networks require.

By some way of example, BT’s Bilton drew reference to a “rover” –  a convergence of router and server – as an example of how the IT industry and telcos are beginning to come together to tackle new network requirements thrown up in the advent of virtualisation.

“It’s a case of merging the best two paradigms together,” he said. “There are a lot of challenges around that. What we’re hopefully building is an open, competitive supply of innovative applications. That, for us, is key, because we’re not the only ones who can do it.”

But the pressure is now on. Mark Bieberich, Senior Director SDN & NFV Strategy at NetCracker, cast a sombre picture when asked what fate would befall operators that allowed the virtualisation opportunity slip by.

“Unless their strategy is to be very, very niche and doesn’t require new apps or services, or the provisioning of dynamic bandwidth, I imagine they will fall behind to the point where they become irrelevant,” he said.