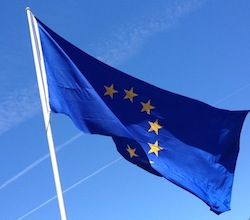 Chinese vendor’s recent action against Estonia looking like part of a larger move, according to report by Politico.

Huawei told European Commissioner for Competition and Digital Policy, Margrethe Vestager, that the two countries’ approach “are predicated on several violations of EU law.” This was set out in a letter on 11 September.

The two governments have been outspoken in their vehement opposition to Huawei and signed “joint declarations” with the US Administration.

Politico claims that any legal challenge to national 5G security legislation in Europe would be a test case for Europe’s evolving policy of “technological sovereignty” – the idea that Europe should have digital autonomy and not rely on foreign companies or governments.

In its letter, Huawei argued that Poland and Romania seek “to exclude suppliers on the basis of biased and ambiguous criteria targeting certain 5G suppliers because of their geographic origin.

“Huawei objects to these legislative proposals that are contrary to the fundamental principles of the EU”.

The EU’s Cybersecurity Toolkit to migigate risks in 5G networks does not explictly name Huawei, but provides security guidelines and outlines measures that should be implemented.

Poland and Romania are in the process of implementing 5G security rules, which are in the face of EU treaties and principles of legal certainty and predictability, Huawei claims: the European Commission is coordinating the implementation of new 5G security rules across the bloc.

They also deprive Huawei of the right to appeal decisions, according to the company which also goes on to accuse the two countries of rigging spectrum auctions that go against EU’s telecom regulation.

Huawei is also challenging a ban on its equipment in Estonia, which it announced in October, and is mounting legal challenges to action taken against it in the US, with little notable success so far. Whether the change of government in the US in January will change the approach to Huawei remains to be seen.