Lessons to be learnt from short-sighted network planning, say telcos 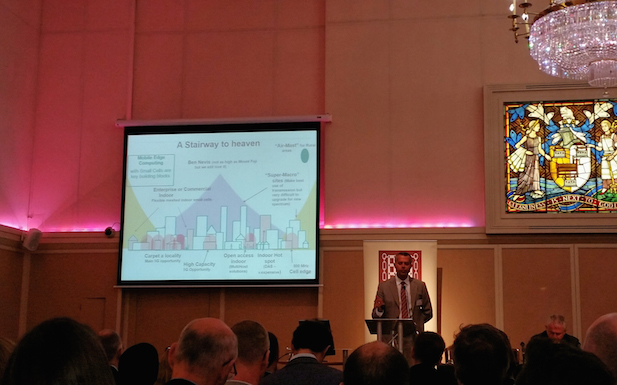 With the 5G hype bubble inflating to a seemingly infinite apogee, this week saw telcos taking a retrospective look at past oversights at the Westminster eForum in London.

Converging on London’s commercial centre on Thursday, attendees gathered to hear delegates from EE, BT, Vodafone, Telefonica, Three and Qualcomm divulge their prospects on what is arguably the industry’s most domineering subject at present.

Mansoor Hanif, Director of Networks at EE, said operators need to put far more foresight into the planning of next-generation networks in order to avoid the “obvious” mistakes made when rolling out previous ones.

Hanif’s lesson for the industry was rooted in workings of nature: “Trees grow. Masts don’t grow. This is a simple thing.”

He elaborated: “Fifteen years ago when we rolling out networks, we were asked to climb trees [to put up masts]. For 15 years those trees have been growing, and are now blocking our microwave links.

“That’s a really good example of poor forward-planning. We should have seen that, it’s obvious. These are the obvious things that are impacting our coverage in the UK.

“Let’s now make the right decisions to look ahead for the next twenty years and make sure we’re not making simple mistakes like that.”

Meanwhile, Steve Haines, Group Managing Director at BT, said that telcos had created a “paradox” by focusing the bulk of their efforts on improving outdoor coverage, when users actually use their devices more indoors.

“If you look at where data is consumed, 80 percent is in the home, the office, or maybe even a not-spot,” he said. “We’ve created a paradox, because modern building techniques have created these Faraday cages that you can’t actually get mobile signals into very easily, and this is where we want to consume stuff.

“Investing in our inside-out strategy is just as important as building up our outside-in network, and all mobile operators are looking at this at the moment, including BT.”

Past approaches to spectrum auctioning were also criticised at the event.

Micsha Dohler, Professor of Wireless Communications at King’s College London, said the UK Government’s eagerness to cash in on 3G before the technology had been put into the hands of operators ultimately drained resources away from the technology itself.

Dohler said: “When the 3G licence was issued, operators paid a lot of money to the Government, essentially to enable that licence. That money was drained out of research and innovation and we killed a lot of what could have happened in the long-term, because it was a short-term financial gain.

With next-generation networks, things need to change, said Dohler. “We need to see whether we can qualify the long-term gain and maybe handle that a little bit differently. It’s always better to tax after, not before.”

One might expect that the vision of 5G is coming a little more into focus given the myriad of dedicated research groups, forums, standards bodies and other advocates speaking up in its favour.

One would be wrong. “We don’t know where all this research goes, but that’s what it’s all about,” claimed Dohler. “We don’t really know what 5G is, but we know it’s going to be something.”